The weekend is ahead, and you are fully confused about which Bollywood releases to binge on?

When we talk about Bollywood movies, it is assumed to be filled with love and emotional aspects. But, from making movies on famous war heroes to comedy movies like Golmaal, Hungama, etc., it can light up your mood anytime.

And especially when it’s the weekend, spending the whole time without a single movie is not worth it. Whether it’s summer or winter or your favourite monsoon, films do not need any time to blend in. Since many new releases have taken place and they are on IMDb’s hot list, why wait!

Here we go on with the following 11  Bollywood releases this weekend:

Sher Shah was released on 12th August 2021 on Amazon Prime. However, the initial release date was in July. This movie is based on the life of Vikram Batra’s life incident who was a Kargil warrior. Starring Siddharth Malhotra as Captain Vikram Batra and Kiara Advani as Dimple Cheema, his finance partner. It entirely signifies the chasing behaviour of Sherhaah(Code name) during the war in 1999, who fought for his country without giving a second thought to the consequences.

Must watch a movie. Suitable for any group and those who love camouflage, then this movie can exactly fulfil your weekend binge.

2. Bhuj: the Pride of India

Two days before the 75th Independence Day on 13th August 2021, Bhuj: The Pride of India was released on Hotstar plus. Made with a view showing how Gujarati women helped the Indian Airforce Officials during the East Pakistan (Presently known as Bangladesh) and Pakistan war. Featuring Squadron leader Vijay Karnik (Ajay Devgan) who was in charge of Commanding officer in the Bhuj Airbase. Indian Army Scout Ranchordas Pagi (Sanjay Dutt), who worked with soldiers to provide confidential messages. Sunderben Jetha Madharparya (Sonakshi Sinha)forced villagers to work for the nation’s resonance.

Also, Nora Fatehi played the role of an Indian spy who helped immensely to stop the war. Based on an actual event that undoubtedly raises inner patriotism while watching such a fantastic movie.

A film under Maddock Films and Jio studios was released on 26th July 2021. The story is about a small-town girl in Rajasthan who dreams of becoming an actress. Meanwhile, due to a lack of money, I could not go to Mumbai. However, Opportunities stuck, and she was offered 20 lakhs to become a surrogate mother. But, unfortunately, life does not go according to plans.

Kristi Sanon is the lead role along with Pankaj Tripathi, the middleman who plays the supporting character of MIMI. Full of emotional drives, a perfect binge on the weekends on mother’s love stories. 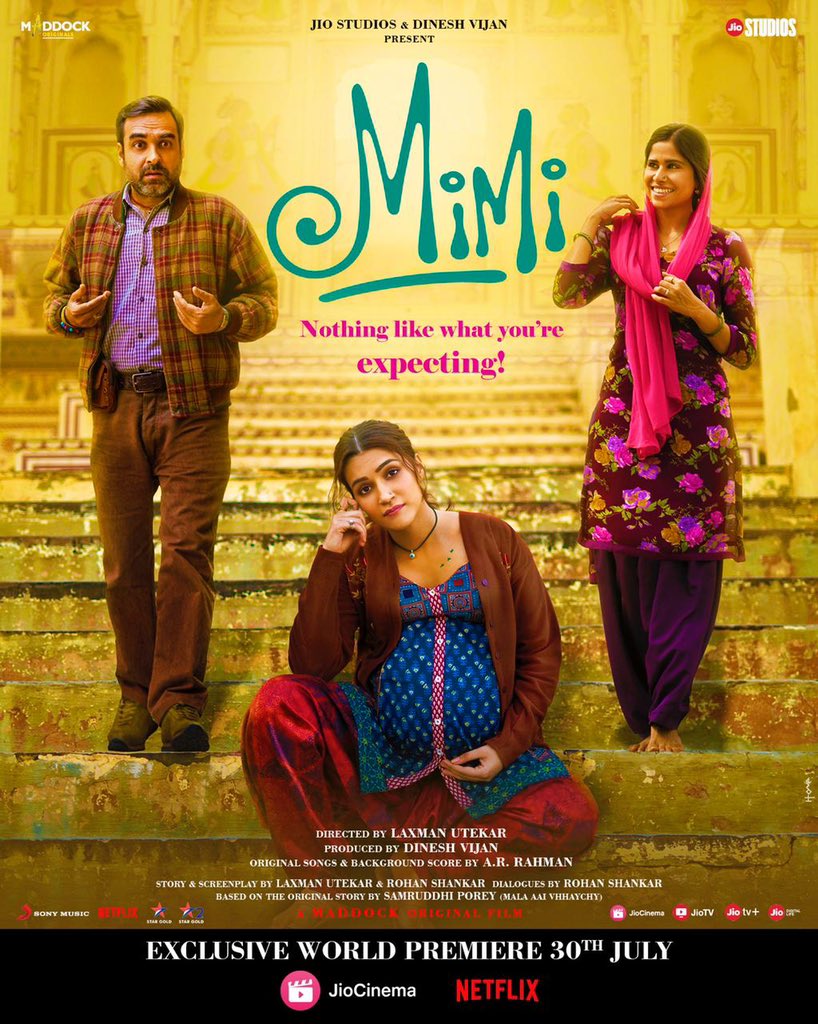 You must know when it is Akshay Kumar’s film, be it comedy or based on national events; no one can deny his outrageous character. Released on 20th August 2021, just after big Bollywood releases, Bell Bottom is nonetheless. Akshay Kumar was seen playing as the undercover RAW agent appointed in the mission of saving 210 hostages. However, Lara Dutta is playing Indira Gandhi while Vaani Kapoor was seen as the love interest of Akshay Kumar.

The initial release date was in May 2021, but it has still left flashes in the film industry due to mere circumstances. So if you search for new releases to binge on, Bell Bottom is another perfect match for your weekends. 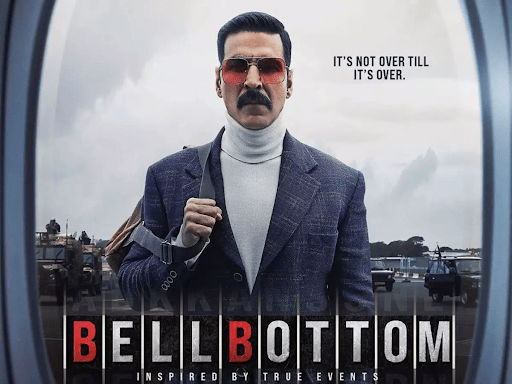 If you love Frahan Akter for its versatility, then after Bhaag Milka Bhaag, Toofaan will be added to the list. Released on 16th July 2021 on Prime. Aziz Ali, aka Ajju, was a goon, but with time he became a national-level Boxer. Nana Prabhu, played by Paresh Rawal, stops guiding him when he knows his daughter was Ajju’s love interest. Finally, Aziz comes back with a Toofaan spirit in the boxing ring.

Mrunal Thakur, starring as Ananya, plays a very significant role in shaping Aziz’s boxing career. Love, suspense, and what more is needed to binge on. It’s a must-watch film of Farhan Akhtar to see his amazing transformation. 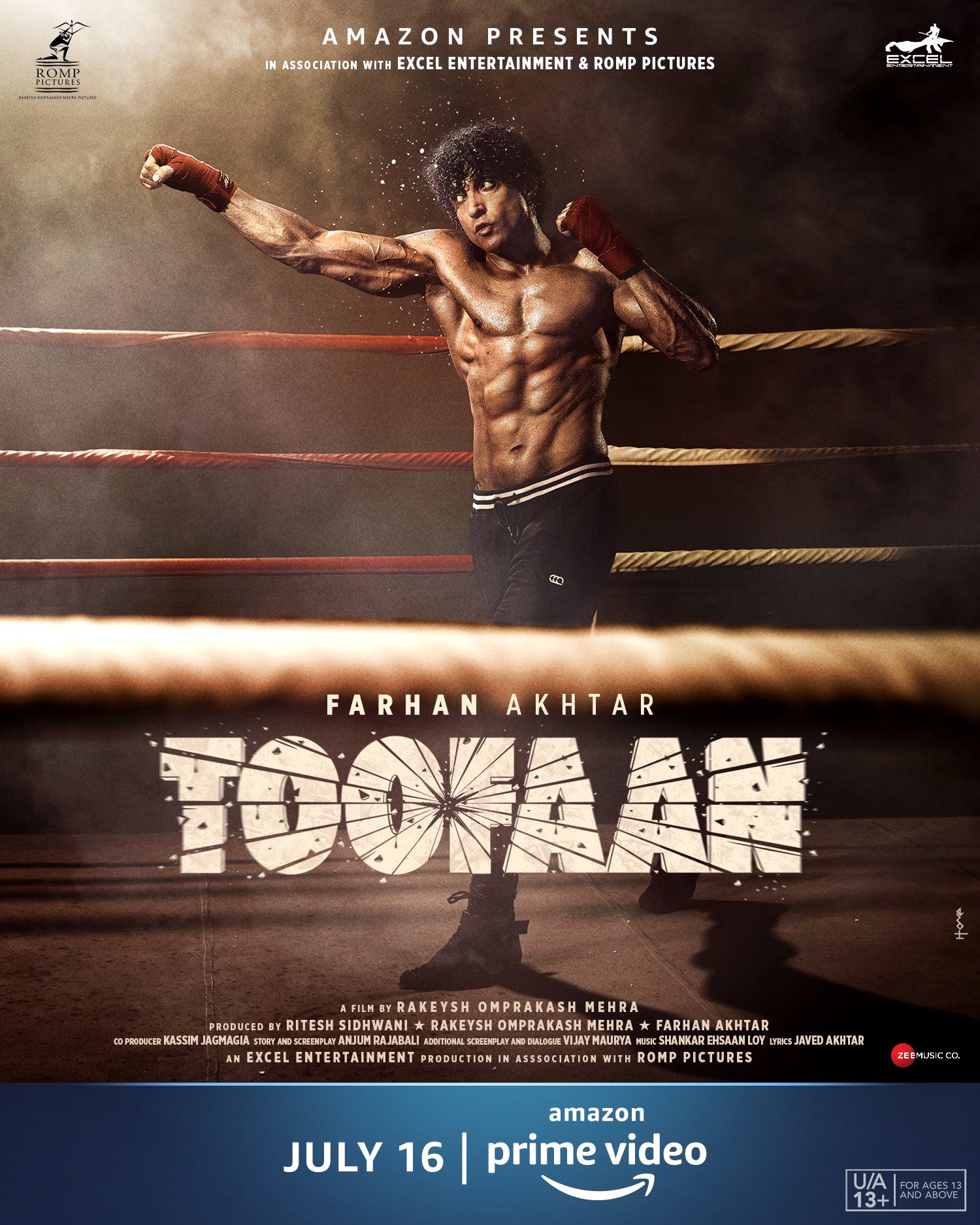 Haseen Dilruba is a love story that highlights how marriages can be ugly without proper interaction. Vikram Massey, Taapsee Pannu, Harshvardhan Rao are the main leads of this film. Rishu(Vikram) is an ordinary man who loves his wife without a pinch of doubt. But his wife(Taapsee) ditches him for his cousin Neil(Harshvardhan). Neil was killed in an explosion where police suspected Rani Kashyap to be the prime suspect.

Dramas, love, thrilling, etc., are its main genres. It was released on the online streaming platform Netflix on 2nd July 2021. Well, starting this weekend with such thrilling scenes can’t be more than enough. 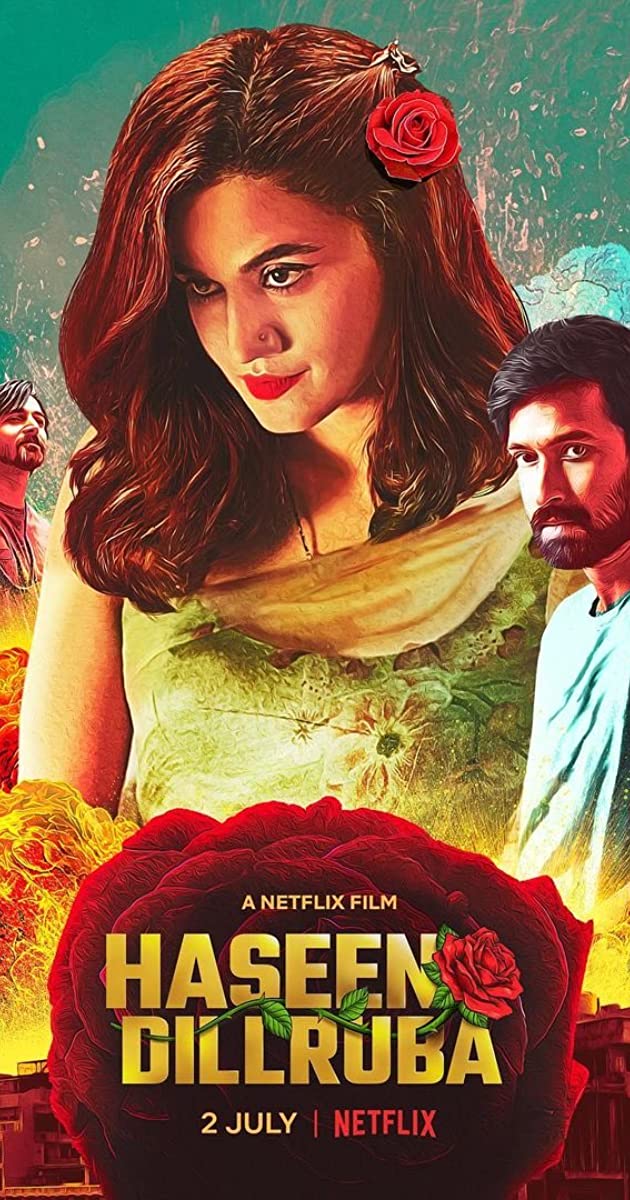 Who doesn’t love watching comedy Bollywood movies? Roohi premiered under Maddock Films and Jio cinema banners on 11th March 2021. Love, thriller, comedy, this movie is an immense combination of the trio. Rajkumar Rao and Varun Sharma are in the lead roles, while the female lead, Janvi Kapoor, plays two roles. The two male leads were hired to kidnap Roohi for the forced marriage. Meanwhile, during the journey, they encounter that Roohi was possessed and do watch to know the whole story.

Tea, coffee, or popcorn, and Roohi can be your stunning blend for the weekend. But, be careful Roohi is here to take revenge. 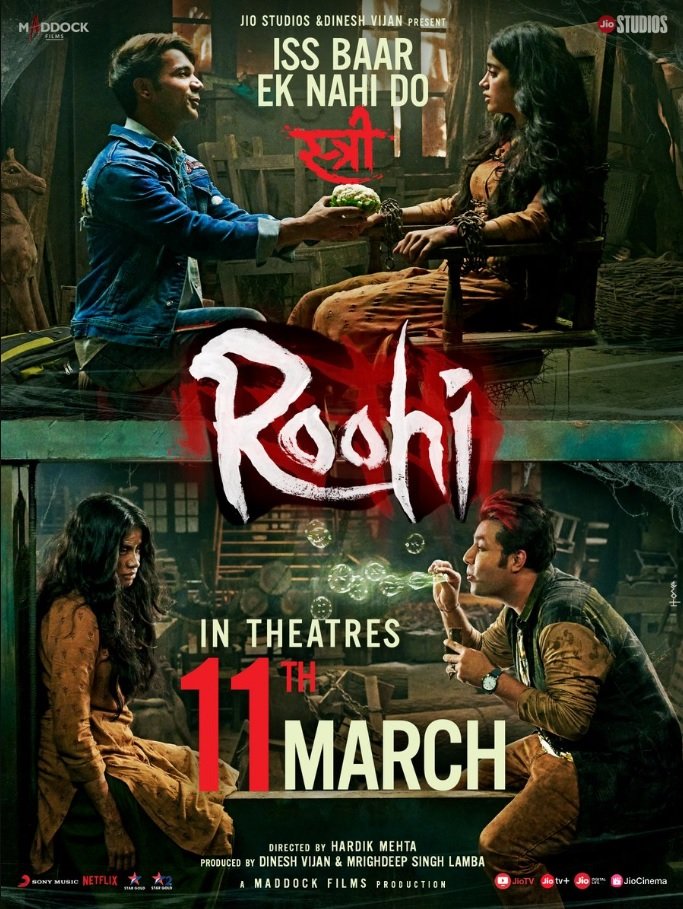 Saina, a biopic made on international badminton player Saina Nehwal who struggled hard to become No.1 in the sport. Streaming on Amazon prime is a must-watch movie to know how hard it is to become no.1 in a particular sport. Partineeti Chopra was playing the role of Saina alongside her mother’s constant confidence booster. It is also seen that she left her Hyderabad coaching institute due to some negative consequences.

When watching a biopic of any sportsperson, don’t miss out on their struggling life. But, do watch this weekend the biopic of Saina Nehwal. 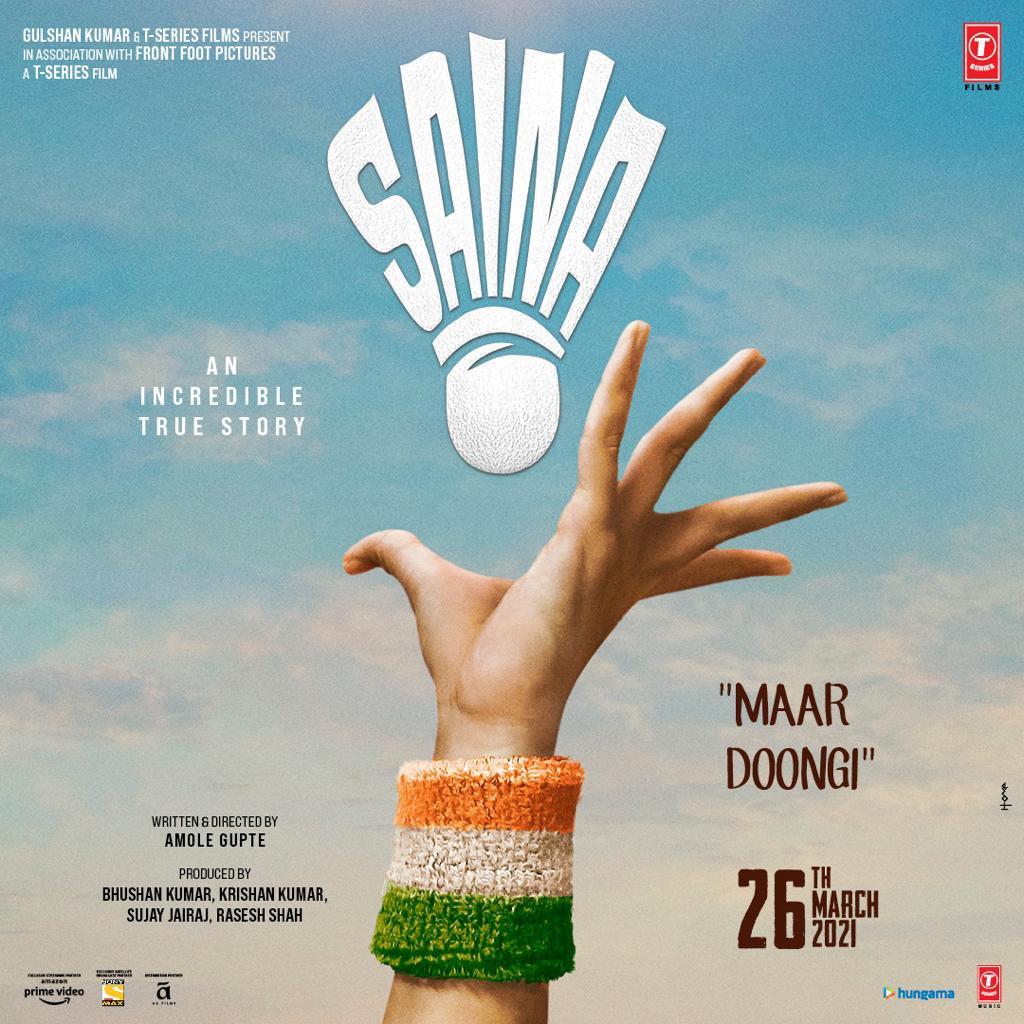 A movie with top actors, Imran Hashmi, as well as John Abraham. John is playing the character Amartya Naik, who leads an everyday life with his brother and father. But he gets into trouble with goons who snatched money from the local vegetable sellers. A series of events occur as he becomes the most wanted criminal to be encountered by Savarkar (Imran Hashmi). However, Nari Khan, a famous smuggler in Mumbai, helps Amartya in every phase of his life.

This film is surrounded by action, thrills, and a lot more. If you like watching crime movies, then Mumbai Saga can be your ultimate choice on the list. 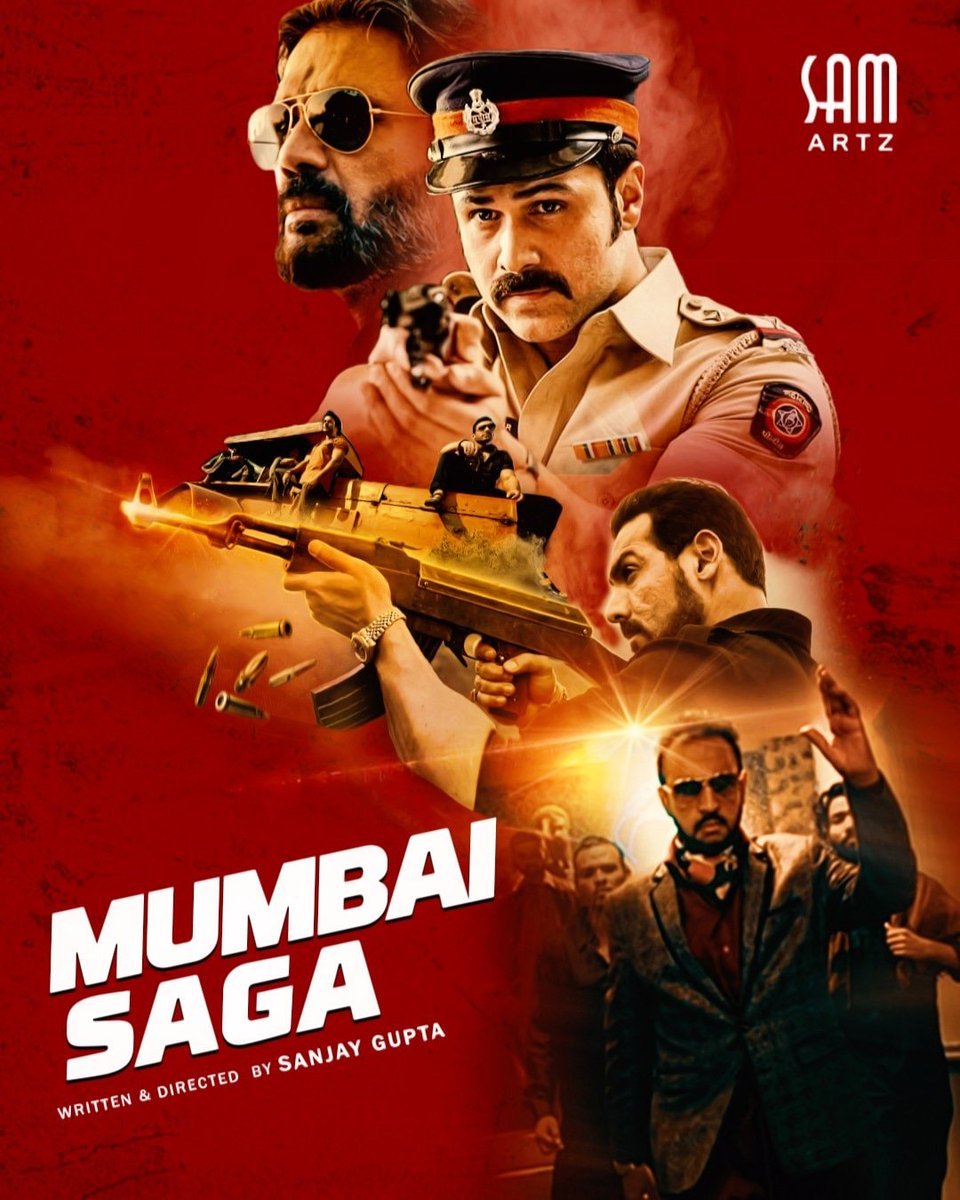 Nail Polish, a zee5 original film, is a thriller movie that is based on legal acquisitions. Arjun Rampal as Siddharth Jaisingh has made the movie a masterpiece. Thirty-six children have been murdered for the last five years in Lucknow. The story begins when a newly appointed police officer arrests a suspect. Being taken in the courtroom trial, surprising facts come out that surely blow loud.

Other actors like Manav Paul, Anand Tiwari have blessed the character well enough. Falls under the category of thrill and suspense and is undoubtedly a never-miss-out movie. 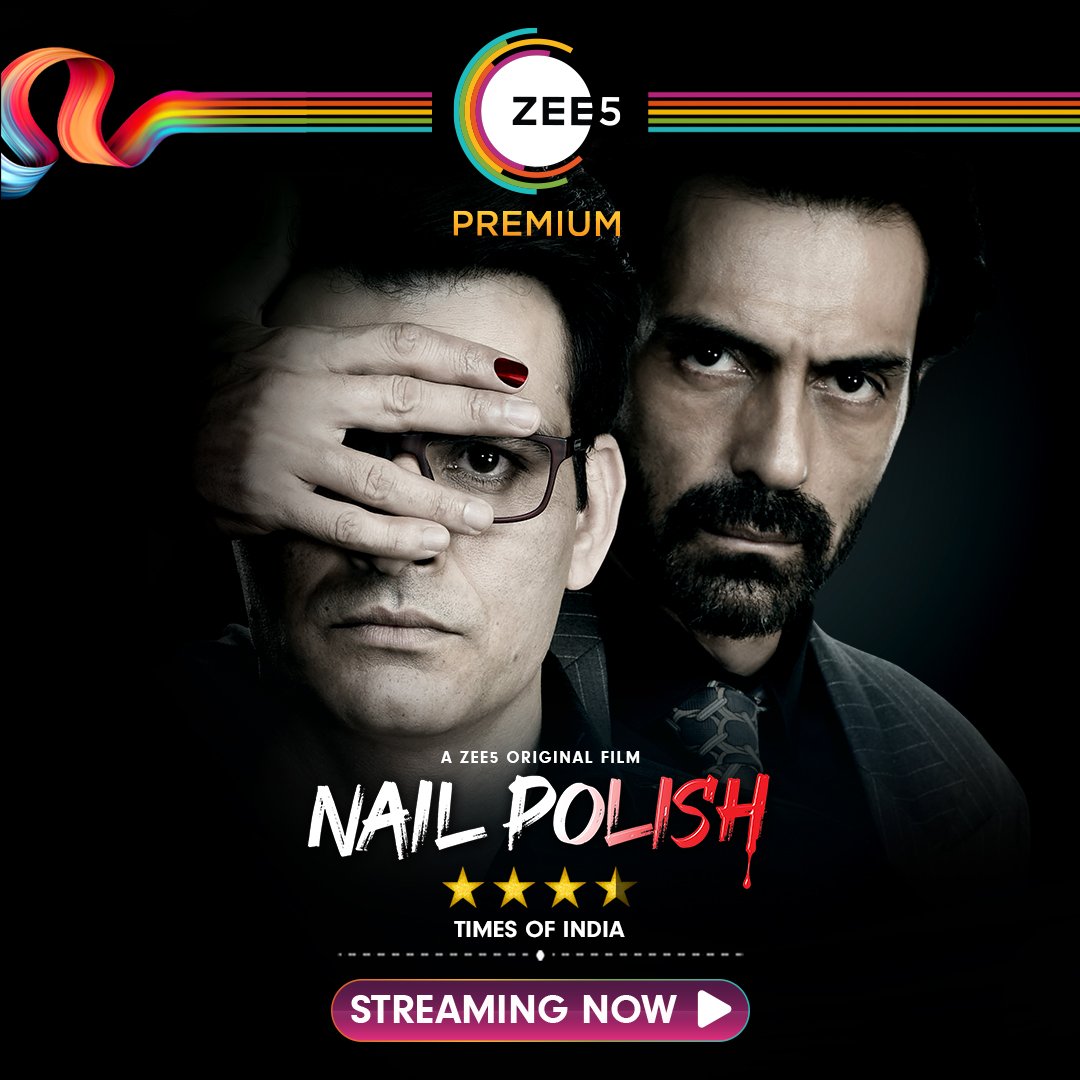 Features Arjun Kapoor and Rakul Preet, who fulfil his grandma’s (Neena Gupta) last wish. His grandmother wants to go back to Lahore’s house, where she and her husband lived before India and Pakistan’s partition. So she asked her grandson to fulfil her last wish, and meanwhile, Arjun shifted the house from Lahore to the village where his family was residing. 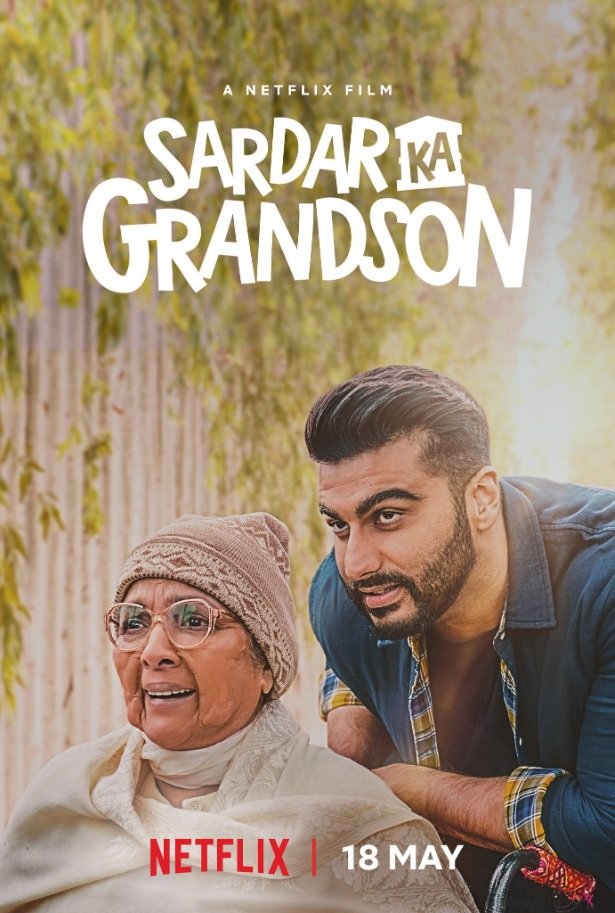 Comedy, love, and drama make the film complete. Looking for movies based on the comedy Sardar Ka Grandson can make your weekend more joyous.

Considering the pandemic is around, and work from home stress is overloaded. So then it is better to spend the boring weekend with the fantastic recent Bollywood releases. So be ready with your favorite cheese popcorn, chair, or pakoras, as these movies are certainly going to make you cry, laugh, and have numerous emotions at the same time.

Still reading the whole article, go and open your high pads and streaming platforms as well, to lighten up your mood and always wipe all your work stress.