As the covid wave is still on, the city is going through a partial lockdown. Hopping to malls on weekends is still a matter of concern. Though all are taking preventive measures, watching movies at theatres is a big no-no.

Cheer up, as we have the solution for you.

Watch your favourite movie at home and laugh louder. You can take a subscription to Amazon Prime, Netflix, Disney Hotstar, or Voot and make your living room your tiny movie hall.

Chill out on your cosy sofa and binge-watch your favourite movie. What could you ask for more? Call your friends and enjoy yourself together. Don’t forget to catch up on your popcorn tub and coke can.

Set a Sunday afternoon appointment with some amazing comedy movies. Want a list? Hook till the end to know more about them. This blog not only gives you the Hindi comedy movie name, it tells you a brief story about them.

Before you select your favourite one, inform yourself and taste them a bit to know which will be best suited for you. take your notepad and write down the name of the best one. set your weekend plan and have a blast!

Looking for a handy list of comedy movies? Here you are! We make sure that you get the scope to laugh as much as possible. From old comedy movies to new ones, pick up any and make your movie time insanely hilarious. We bet this list is full of the best movie ideas to try. Hit the list below and laugh your heart out!

The movie is directed by Rajkumar Hirani. Sanjay Dutt has played the main role of Munna Bhai. And Gracy Singh in the primary leadership roles. Munna Bhai Duo keeps the audience engaged with their humorous activities. In this movie, for his parent’s happiness, he lied about being a doctor and having his own clinic.

Eventually, when Munna Bhai’s parents took his marriage invitation they came to know about his lie and were insulted by Dr Asthana (Boman Irani) for being a fake doctor, and then the story took a new turn.

Going forward, he thought of taking revenge for his father’s insults and enrolled himself in a medical college with the help of the circuit (Arshad Warsi). And from there we get to see the funny scenes in the movies with lots of laughter.

We can’t forget the last scene where Gandhiji inspires Munna Bhai to not be revengeful and take things calmly. You can say it’s a perfect blend of comedy and romance.

This film is one of the best creations of Rajkumar Hirani. Aamir Khan, R Madhavan, Sharman Doshi, and Kareen Kapoor play the lead roles. Rajo, rancho, Farhan trio were the soul mates in college days.

After completing engineering the communication broke up.

But then after a few years, Raju and Farhan started looking for Rancho who was missing after he completed his degree. Then they come to know that the person who claims to be Rancho is someone else.

In the end, they both find Amir Khan whose real name in the movie was Phungshuk Wangdu which was used at the time of the climax in the movie. Aamir Khan has dominated the movie and played a cheerful character that offers the audience a bucket of joy.

Watch this comedy movie to enjoy every minute.

Apart from the comedy scenes, the movie also taught that to be capable you don’t need to be a bookworm.

It also tells how people have a lot of pressure from the family to be an engineer. But we assure you will love the movie and will die laughing by seeing the funny scenes in this movie.

Don’t take the chance to miss it, do watch and relieve yourself from the lockdown stress.

Watch the SouthKorean movie ‘Miss Granny ‘ remake. It is an Indian Telugu language fantasy comedy movie that is also dubbed in Hindi.

The movie is about a 70-year-old grandma who gets a chance to reduce her age and become a 24-year-old lady. As she gets a second chance in life, decided to follow her passion for music.

Eventually, she joins her grandson’s band. How will she manage to pursue her dream?

How does she get success? To know more watch this movie till the end.

The funny activities of the young lady and her struggle will keep you glued to the screen. Oh! Baby is an enjoyable ride. It is a film that has its heart at the right place and has a lot of great moments to take away from.

Do watch this movie and thank us later. We assure you that you will enjoy this movie. 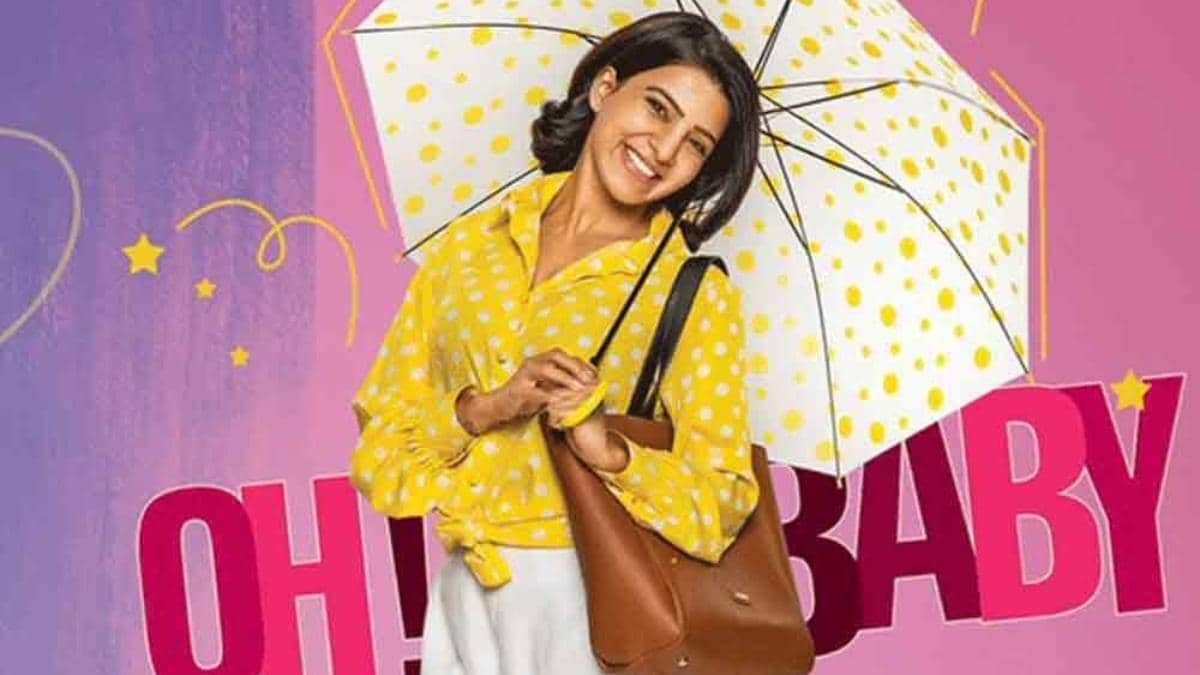 Time to relax your brand and laugh your heart out. Watch this comedy movie where the story will make you crave more!

The story narrates how four good-for-nothing friends (Ritesh Deshmukh, Arshad Warsi, Ashish Chaudhary, Javed Jaffrey) were kicked out of the house for not paying the rent. And from there the movie takes a comedy turn. A dying man tells them about the money he buried in goa.

Determined to become rich without doing hard work the four set out to go goa. But there they met the policeman (Sanjay Dutt) who is fast on their tail and hell-bent on making the money his own.

Sanjay Dutta is playing the lead role followed by Ritesh Deshmukh and others. Director Indra Kumar has done justice with the film by funnily narrating the story.

Throughout the movie, there is a comedy which you will enjoy when watching.

So don’t make yourself bored at home binge-watch this movie on the OTT platform to relieve yourself from boredom. 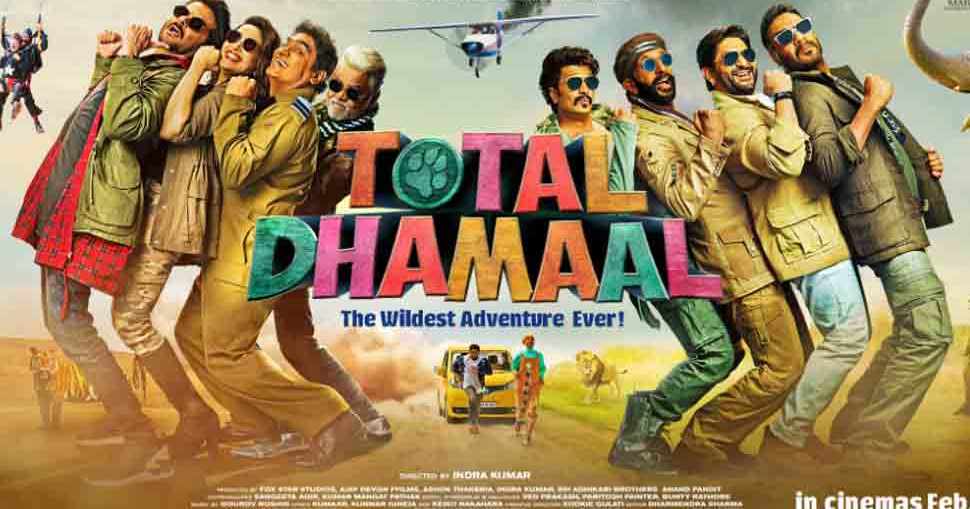 One of the best comedy movies to watch with your family. It is the remake of the 1989 Malayalam film Ramji Rao Speaking which itself was based on the 1971 movie The Man Run.

Baburao (Paresh Rawal) is a landlord and is always in financial trouble. He has a renter whose name is Raju (Akshay Kumar) who has not paid his rent for several months.

He also has another renter Shyam (Sunil Shetty) who came to the city to look for a job in his late father’s place which was already given to a girl named Anuradha (Tabu).

The three always quarrel among themselves. But one day they got a phone call from a kidnapper named Kabira through the wrong connection and then the three of them decided to use this phone call to overcome their financial problems by pretending to be real kidnappers and increasing the amount for themselves and then give the demanded money to Kabira.

Will they get away with this idea? To know what happened at the end of the movie do watch the movie. We guarantee that you will fall in love with the movie. As in the movie, there is lots of comedy which you see when you binge-watch it.

As the first part was, super-duper hit, the second and third also came into the market. utilize your quarantine period. We bet you will laugh like never before! 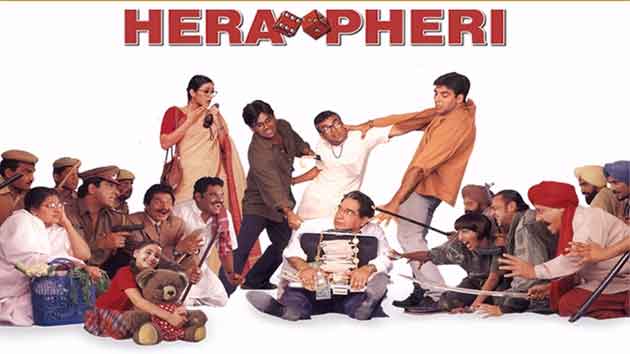 This movie is all about four friends (Shrman Joshi, Arshad Warsi, Ajay Devgan, and Tushar Kapoor) who live with a blind family by lying to them. A cat and mouse game unfolds as Laxman’s (Sharman Joshi) body and Gopal’s (Ajay Devgan) voice make Sameer the grandson of a blind couple who lives in the USA.

But despite lots of lies, their truth comes to the couple.

Do watch this movie if you are looking for some laughter. We can say that you will enjoy this as it holds lots of laughter throughout the movie.

Undoubtedly it is an entertaining as well as an eye-opening story.

After the hit of Golmal the director (Rohit Shetty) came up with three more parts, it will be fun to watch all 4 parts of the movie.

So trust us and do watch Golmal to make your quarantine time enjoyable.

This movie is about Four friends (Pulkit Samrat, Varun Sharma, Ali Zafar, and Manjot Singh) who are good for nothing and wish to make money but every time they face some unforeseen problem that turns their ideas into nothing.

Their life turns upside down when they meet a girl named Bholi (Richa Chadda) who is a local gangster.

So if you are looking for some comedy movie to watch then you can opt for this movie. This movie promises some good laughs and entertainment to their audiences suitable to binge-watch. 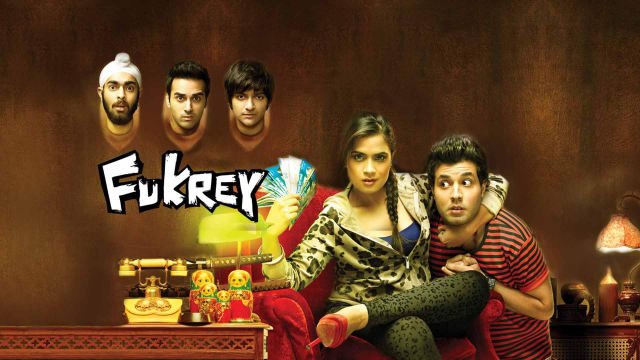 So, weekends will not be boring anymore. We have given you a fresh list of comedy Hindi movies – some are recent, some are evergreen.

No matter if you are spending your weekend lonely or with your gang, laugh together and release all the tension. We bet the above-mentioned movies are the best ones that encourage a light mood and entertain in the best possible way!

One thought on “7 Best Comedy Hindi Movies To Watch”