Affordably priced and regularly delivering quality content, Amazon Prime has quickly become one of the top streaming services in India. Amazon prime video has always provided its users with a series of top-class and regional movies in its playlist. Among the top-class film, a list comes from the Telugu Cinema industry, which has added various new films in the last couple of months.

South Indian content has been provided with a massive platform, and the credit to that goes to Amazon. On Prime, there are several Telugu movies worth watching. Amazon Prime Video has Telugu movies of all eras, from the 90s to the year 2021. In addition, Telugu filmmakers released a few films directly on Amazon Prime during the pandemic, reaching a broad audience. They are also planning to release more movies on this O.T.T. platform in the remaining months of 2021.

Numerous streaming services like Netflix, Amazon Prime, and Hulu are well-known worldwide due to their large user base. Zee5 and Hotstar are two of the best players in the regional O.T.T. market. AltBalaji, Voot, and others are also notable O.T.T. platforms.

Prime Video, the new king of entertainment, is expanding its Telugu movie library right now. There’s something for everyone here, from the classics to the memorable hits of the 90s and 2000s! It takes a lot of time and effort to go through the catalogue story and find movies that you enjoy watching, no doubt about it. For your convenience, we’ve compiled a list of entertainers you shouldn’t miss.

Below is a compilation of all the top 7 hits that users can watch on Amazon Prime if they own a subscription on this platform.

Rangasthalam is a period action film written and directed by Sukumar, starring Ram Charan and Samantha Akkineni. The film tells the story of two brothers, Chittibabu and Kumar Babu, who oppose a corrupt government official, Phanindra Bhupathi, in the village.

What makes this film stand out from other Telugu films are the realistic action sequences that won’t let you take your eyes off the screen even for a second. The film has been impressively shot and visually appeals to the sentiments of the audience.

This is what sets Rangasthalam out of other Telugu Movies. One can feel the character of the lead role as they connect to his life during the sequences. 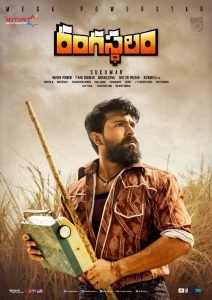 Arjun Reddy is undoubtedly among the most renowned Telugu films of contemporary memory and is still worth watching. In the movie directed by Sandeep Vanga, Vijay Deverakonda and Shalini Pandey star in the lead roles. Arjun Reddy, an alcoholic surgeon with anger management issues, takes a self-destructive path after his girlfriend Preethi Shetty gets married.

While the film’s plot is gripping, it offers a unique story compared to Telugu cinema’s usual cliché love stories. This is just another incredible love story that proves the connection between two lovers, also portraying the role of destiny that brings them back together. It is worth watching somehow or the other; the young couples can directly relate to their love story.

Prashanth Neel has written and directed K.G.F. Chapter 1, the first of a two-part series. The film tells the story of a young man named “Rocky”, born into poverty.

As a result, the film has a lot of action and excellent direction, and Yash does a fantastic job as Rocky. Because the film is so well-shot and the background score is so well-matched, it is undoubtedly one of the country’s best action films. It denotes the rise of an ordinary boy of a slum to become one of the most powerful gangsters in the country.

He made a promise to his mother that he would become the wealthiest person of his time. He kept his promise to every extent. Rocky became the most formidable gangster of his time. He made a profound impact in both politics and the police department. Thus, one gets the privilege of witnessing the journey of a boy from a gangster to a ruler.

Nani’s Gang Leader is a highly recommended movie if you search for something a little more lighthearted. Five women seek the help of a crime novelist to avenge the death of their loved ones in Vikram Kumar’s film. Anyone more into humour elements will surely love this movie, and it is trending on Amazon Prime right now.

While the plot has enough twists and turns to keep you interested, the characters’ relationship is one of the film’s highlights. Despite its flaws, Gang Leader is a fun film to watch. You won’t get bored with any plot as it has been arranged in that way so you can stay glued to your seats with popcorn in hand and enjoy the movie. 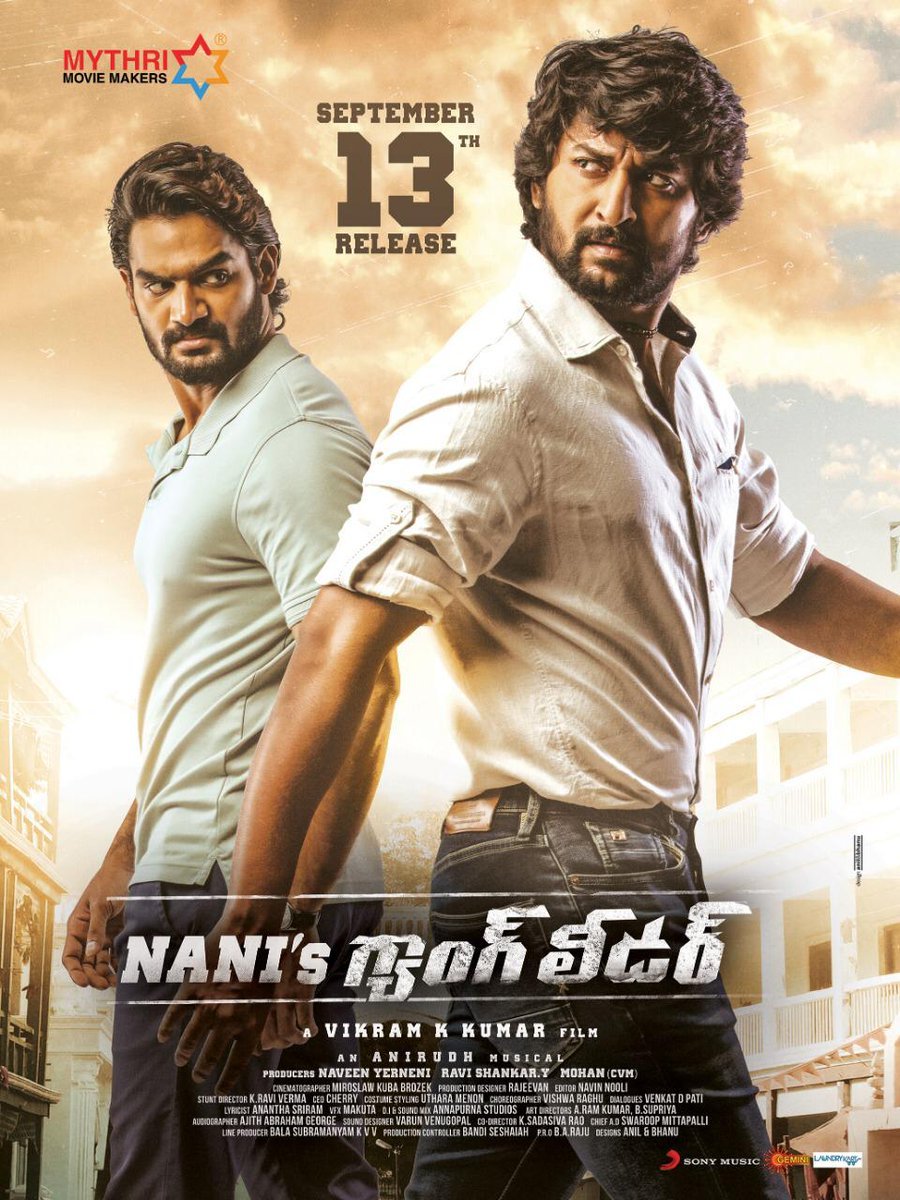 Ghazi is an Indian war film based on the bizarre sinking of PNS Ghazi during the Indo-Pakistani War of 1971. The film stars Rana Daggubati and Taapsee Pannu in the lead roles. The whole plot sticks to that of the Indian Submarine S21 and its brave attempt to curb the attack of Pakistani submarines which were secretly trying to attack Vizag port.

At least 90 Pakistanis died when the submarine PNS Ghazi sank in 1971 during the India-Pakistan war, making it India’s first-ever decisive military victory.

The Ghazi Attack, a new film from renowned Bollywood producer/director Karan Johar, debuted its first-look poster this week, so now might be a good time to brush up on some history. PNS Ghazi was tasked with achieving two goals. To find and sink I.N.S. Vikrant was the primary objective; the second was to mine the eastern seaboard of India whether or not the primary objective was achieved.

‘Ghazi’ is a gripping thriller that doesn’t waste any time. It sticks to the story and doesn’t stray from it. The visual effects are well-executed and appear to be accurate. If you’re looking for a film about the Indian Wars, Ghazi is an excellent option. You will love this movie if you are more into war and sentimental towards your country, then it’s the perfect one for you. 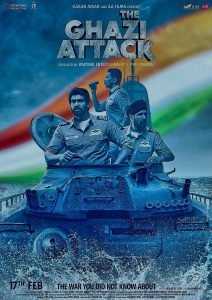 IN an S. S. Rajamouli film, Eega stars Sudeep, Nani, and Samantha Ruth Prabhu in the lead roles. After a wealthy businessman brutally kills a young man named Nani, Nani is reincarnated as a fly. You should keep this movie on your top list if you are more in-depth plots and interesting story background.

There are few films like Eega in Telugu cinema. The story is fast-paced, and Rajamouli’s direction and screenplay shine throughout the film. However, Sudeep steals the show with his excellent acting. The story is so compelling that you begin to care about the characters. This is a must-see if you’re looking for a unique film with great acting. 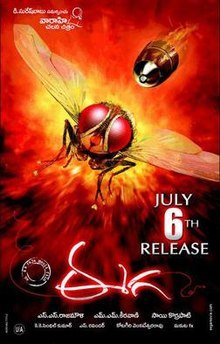 Sekhar Kammula’s Happy Days are one of those films that have become a cult classic over time. Varun Sandesh and Tamannaah star in the film, which tells the story of eight engineering students and their bond of friendship and how they deal with various problems. It is more of a nostalgic movie that will remind you of your college days.

In addition, the actors do an excellent job and have good chemistry with each other. Everybody can relate to and enjoy Happy Days because it has enough emotional and happy moments to watch and enjoy the movie. The youth is sure to love the film’s whole plot, which is revolving around the friendship bond of various engineering students.

When it comes to coming-of-age stories in Telugu cinema, there is a severe shortage, especially in the college experience. For example, Shiva, Ram Gopal Varma’s 1989 directorial debut, used college as a backdrop to tell a dark and violent story, while college life was merely an afterthought in comedic scenes.

Happy Days, which follows a group of college friends, felt both authentic and refreshing. It gave former students a chance to reminisce about their college days at the same time that it may have given Intermediate students entering engineering colleges some unrealistic expectations. 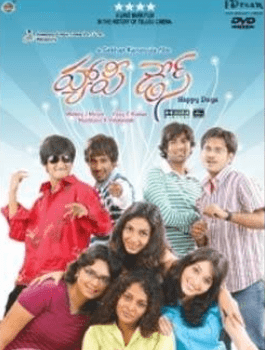 In 2021, the pandemic situation accelerated the sector’s transformation. As a result, there has been an increase in the popularity of these mediums as more and more people have been forced to stay at home. Since then, the number of members on different platforms has been steadily increasing, which is a trend to watch for in 2021.

Platforms like Amazon Prime are popular because they provide audiences with personalized content, and people enjoy watching these relatable shows. A country with a wide range of ethnicities and cultures.

These platforms ensure a high level of membership retention by catering to the unique needs of the viewers. The trend for these platforms will likely be to offer unique and custom content to regional audiences in the future.