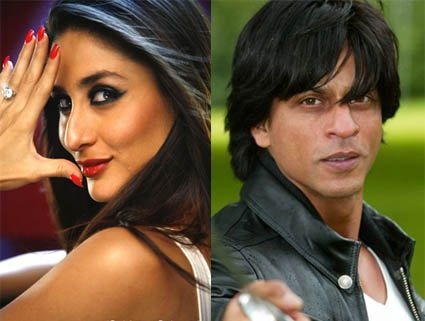 Last year had its ups and downs for the gorgeous Kareena Kapoor, not only she became style diva and fashion icon, she also delivered two duds in a row Main Aurr Mrs Khanna and Kurbaan. Now, it’s 2010 and the year has a lot of promise.

So it’s confirmed, Bebo has bagged the sci-fi film ‘Ra. 1’ – SRK’s most ambitious project which he is making for his son Aryan. The movie directed by Anubhav Sinha will boast of some mind-blowing special effects and Shahrukh will play a superhero.

Kareena also has Agent Vinod with beau Saif Ali Khan, and then there is Karan Johar’s Indian version of ‘Stepmom’ for which she’s already shot; both the movies are supposed to release this year. And if all goes well then may be she will star opposite Aamir, once again, in a romantic film by the end of this year.

Quite a handful, Bebo!