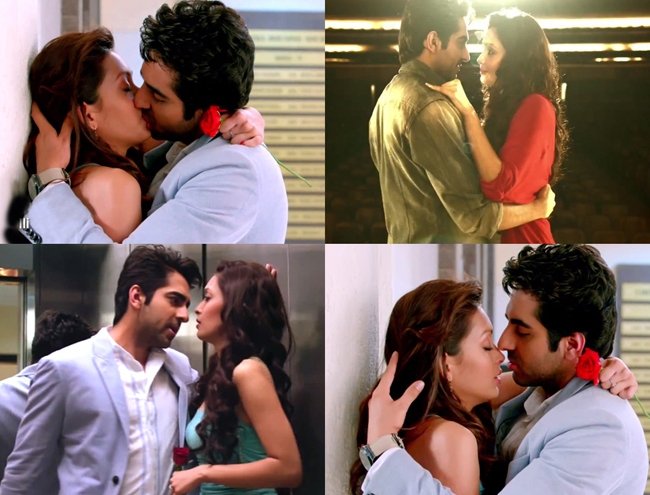 Romantic track
The charming Ayushmann Khurrana has shared a passionate kiss with his co-actress Pooja Salvi in the romantic track Saadi Galli Aaja from his second film Nautanki Saala.

Gone are the days when the heroes shied away from puckering up on screen. Now, almost every actor is ready to lock lips, and Ayushmann Khurrana is no different. After docking lips with Yami Gautam in Vicky Donor, the actor has once again smooched his co-actress in Nautanki Saala. In fact, the romantic track Saadi Galli Aaja starts with the kiss between Ayushmann and Pooja.

Since it’s a love track, both Ayushmann and Pooja have shot for a few romantic scenes — caressing and embracing each other. The multi-talented actor has even written and composed the song along with Rochak Kohli and Gurpreet Saini. No prizes for guessing, Ayushmann is the singer for this mellifluous track. But in comparison to Pani Da Rang that made Ayushmann Khurrana an overnight sensation, Saddi Galli pales. Nevertheless the track is passionate and picturised beautifully on the two lovebirds.

Nautanki Saala is a romantic comedy directed by Rohan Sippy and stars an ensemble cast featuring Ayushmann Khurrana, Kunaal Roy Kapur in the lead roles along with starlets Pooja Salvi, Evelyn Sharma and Gaelyn Mandonca. The movie is releasing April 12.