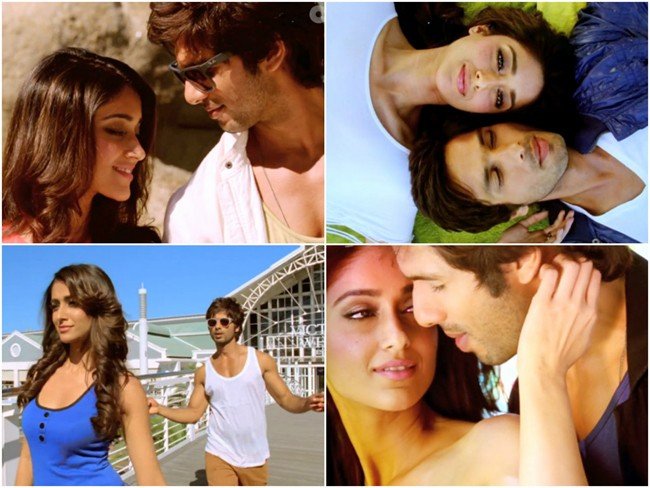 The movie has Shahid Kapoor playing a struggling actor who’s mistaken for a super-cop and thrust into situations where he has to fight bulky baddies. The song begins with a romantic moment between the actor and Ileana. He grasps her hand as she’s about to fall, and they stare silently, intensely into each other’s eyes, realizing their love. He kisses her — but on the forehead.

The track is sung by Atif Aslam and Chinmayi Sripaada. Its lyrics are by Irshad Kamil. Music is by Pritam.
Phata Poster Nikhla Hero is a comedy of mistaken identities. The film is slated to hit theatres on September 20.