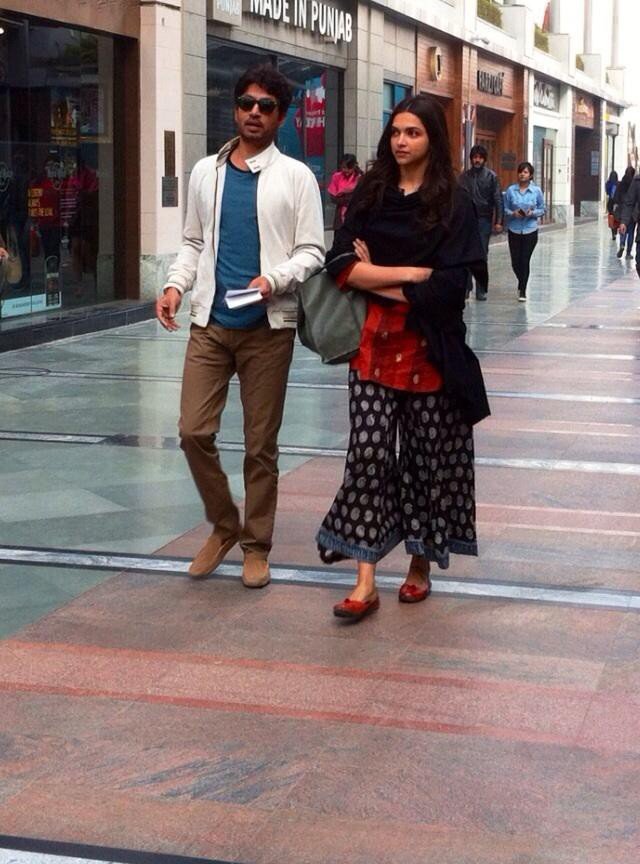 Last week, the actress finished the shoot for Shoojit Sircar’s film in Kolkata. It was a long schedule that involved shooting in many public places in the city of joy.

Now, the shoot has shifted to Gurgaon and the actress was spotted at Gurgaon cyber hub and city club along with co-star Irrfan Khan.

The photos are already doing the rounds of the social media. We share them with you.

Piku stars Amitabh Bachchan in the lead role along with Deepika Padukone and Irrfan Khan. The film will release next year.