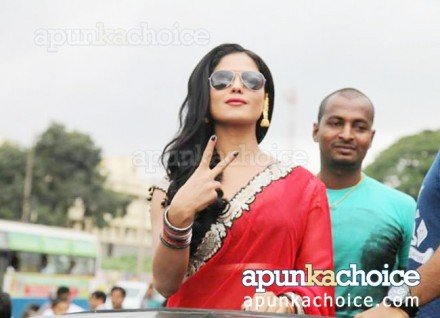 Veena Malik said, “Me and my co-star Akshay and the team of Silk Sakkath Hot just saw the film in Kapali theatre. I was very excited to see such a big crowd for the film. We all liked the film a lot. We are quite overwhelmed to see so many fans.”

Veena plays the role of Vijaylakshmi in the film, while Akshay plays Shiva, a character with negative shades. The story revolves around a girl who enters the film industry due to family problems. But once she becomes a star, she has other issues to face. How she overcomes them forms the crux of the story.

Catch the pics on the following pages.