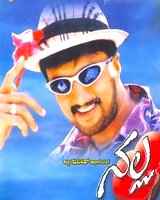 Nalla is a Kannada movie starring Sudeep. The film is directed by V. Nagendra Prasad .

Nalla Synopsis
Nalla in this film Pachchi(Sudeep)is the auto mechanic. He accidently meets Preethi(Sangeetha)who is mentally retarded. Then he starts caring her and hospitalised her.Later she starts seahing for him but he is her car driver….more