To all the sports lovers who are desperately missing live sports matches, this article brings you a list of sports films to watch during the lockdown. Read ahead to decide which films to add to your watchlist this summer. 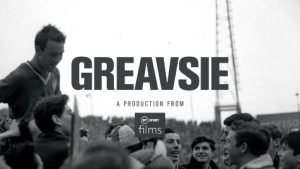 2. IcarusIcarus is a spectacular documentary directed by Bryan Fogel. The documentary uncovers Bryan’s exploration to uncover the truth about doping in sports and his chance meeting with a Russian scientist. Icarus was honoured with the Academy Award for Best Documentary Feature in 2018. Watch this thrilling documentary about the world of doping in sports on Netflix.

3. The Keeper
Although not a complete sport-focused film, The Keeper (Trautmann) beautifully narrates the journey of Bert Trautmann from being a German soldier to becoming the most respected goalkeeper of Manchester city. The film combines the emotions of hatred, forgiveness, loss and tragedy with football, to make it a good drama.

4. Diego Maradona
Diego Maradona is a wonderful documentary directed by Asif Kapadia, depicting the private and public facets of the world’s most celebrated football legend. The documentary rightly captures the fame and tragedy from the life of Diego Maradona. 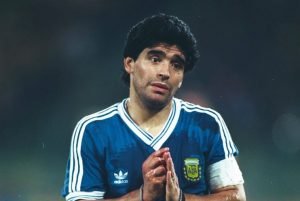 5. The Edge
Director Barney Douglas delivers a pitch-perfect flow of the reinvention of England’s cricket under the support of coach Andy Flower and captain Andrew Strauss. The film narrates how England’s cricket team bounced from a low rank of 7 in the world ranking to hold the number one position in world cricket.

6. O. J: Made in America
The documentary directed by Ezra Edelman and produced by ESPN tells you the story of a former American football player, O. J. Simpson. The gripping documentary that narrates the life story of Simpson was well acknowledged with the Academy Award for the Best Documentary Feature in 2017.

7. All or Nothing: Manchester City
This documentary series that streamed on Amazon Prime is a treat for all the football fanatics. This Barcelona focused documentary gives you insights on the football team coach’s obsessive sessions in training his team to be the best.

8. Senna
Senna is a documentary film made on one of the greatest Formula One racers in history, and the native hero of Brazil, Ayrton Senna. Senna narrates the journey of Senna in becoming one of Brazil’s greatest heroes in history. The documentary won the Best Documentary Film Prize at the 2012 BAFTA Awards. 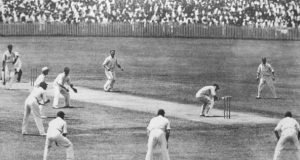 10. Hillsborough
Hillsborough narrates the tragic tale of how 96 football fans lost their lives at an uneventful tragedy at Hillsborough in Sheffield. Produced by ESPN, the film chronicles the Hillsborough disaster that happened in April 1989, when 96 Liverpool fans were crushed to death in the F.A. Semi-final match against Nottingham Forest, in the Hillsborough stadium.

11. An Impossible Job
‘An Impossible Job’ is probably one of the most popular documentaries in the history of British broadcasting. The documentary film follows the England football team through their 18 months journey, before being rejected to qualify for the 1994 FIFA World Cup Finals. This is a must-watch for any football lover, especially the fans of the England football team.

12. Andy Murray: Resurfacing
This Amazon Prime exclusive film is about the comeback of two-times Wimbledon champion, Andy Murray from his injury. The film tracks Andy’s life before and after the player’s devastating injury journey between 2017 and 2019. From the frontal surface of hospital surgical theatre to the private corners of Andy Murray’s room, this film tells you how the legendary tennis player made his comeback to the sport after his injury.