5 Reasons why you should not miss the movie ‘Angrezi Medium’ 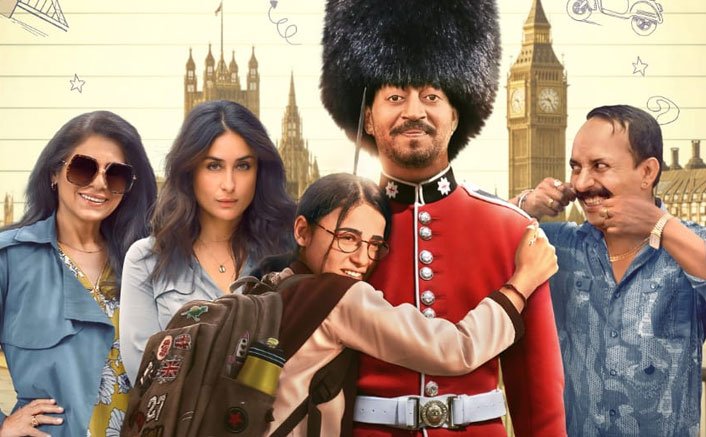 Homi Adajania’s ‘Angrezi Medium’ has a great plot-line and an emotional adventure mixed with light comedy-drama. The film starring Irrfan Khan as Champak Bansal and Radhika Madan as Tarika Bansal gives a power pact performance. The film opens on a black screen with a definition of the Hindi word “pita,” which is later denoted as ‘parent.’ The opening of the film is all set to create a new angle in the meaning of ‘parent’ for us.

1. Irrfan Khan comes back with a power pack performance

Irrfan Khan is portrayed as a simple father in the film. A few glimpses of his role in the trailer of ‘Angrezi Medium’ have already won fans’ hearts. His full performance will be unveiled on the 13th with the film’s release and will surely be a treat to everyone’s eyes. Irrfan was off for a long time for his battle with cancer. He has last seen in “Karwaan” a 2018 film. In “Angrezi Medium,” Irrfan came back more strong after recovering from cancer. He has put a lot more effort into his comeback film and gave a stellar performance.

2. Kareena Kapoor nailed her role in the shoes of a cop

Kareena Kapoor Khan is seen playing the role of police in the film’s trailer. Kareena has mostly shot in London for her part in the movie. Her appearance in the movie is quite attractive. Bebo has been a stylish cop and her pictures have created quite a buzz in the social media. Kareena has shared the screen with Irrfan. The duos equation in the film is quite exciting and will surely be a treat to your eyes for the audience.

Homi Adajania’s ‘Angrezi Medium’ revolves around the bonding of a father and daughter. Irrfan Khan is in the shoes of a doting father and Radhika Madan portrays the role of his daughter. The equation between both of them is heart touching. From preparing her Tiffin to dropping her to school and then going through all possibilities for providing her the best of higher education- Irrfan’s character has set a new benchmark in all fathers’ lives. Radhika Madan eases in the role of a devoted daughter. The film comes up with a beautiful narration of a father and daughter’s bonding, which will surely turn your eyes moist.

4. Irrfan Khan and Deepak Dobriyal bring out laughter in this emotional ride too 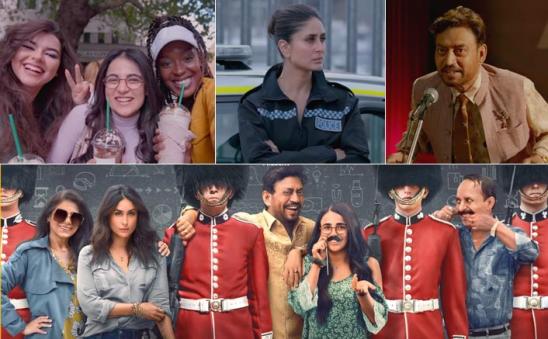 The film as got a lot to offer besides a father’s daughter’s bond. There are light moments between the two actors. ‘Angrezi Medium’ promises a lot of healthy laughter too. Dialogues of Deepak Dobriyal and Irrfan Khan had engaged the trailer a lot. With the release of the film, there will be more such funny moments that will feature Kareena in an angry mood too. There’s no doubt that ‘Angrezi Medium’ is going to be a full packaged entertainment.

‘Hindi Medium’ was released in 2017. It brought out the story of a couple who wanted to admit their child to a famous institute. The film had got a lot of positive responses from the audiences. Education being on the same page in this film too, ‘Angrezi Medium,’ will go one step ahead from its previous film.

‘Angrezi Medium’ has set a massive expectation in the mind of the audience. Angrezi Medium is all set to come in theatres today.