1. Priyanshu Painyuli
Priyanshu Painyuli, a young actor and director from India who made his acting debut in Vikramaditya Motwane’s ‘Bhavesh Joshi Superhero’. The young actor has also starred in the 2012 film, ‘Bawdi’. Priyanshu Painyuli also proved his directorial skills in the Indian film, ‘Do, ke teen?’ in 2017. Priyanshu has signed the Chris Hemsworth starrer, ‘Extraction’, despite having a string of Bollywood movies in his hand.
The versatility of the young actor could be observed by comparing his acting skill in the trailers of the Netflix film, ‘Upstarts’, and the Chris Hemsworth starrer ‘Extraction’. Priyanshu has beautifully transformed himself from playing a boy next door in ‘Upstarts’ to a drug lord in the Hollywood film, ‘Extraction’. 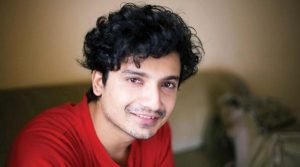 2. Pankaj Tripathi
The ‘Gangs of Wasseypur – Part 1’ fame Pankaj Tripathi, too, is all set to make his international debut with the Netflix film, ‘Extraction’. Actor Pankaj Tripathi has taken his time out from his schedule to be part of this very exciting Netflix film, alongside many other talented actors. The ‘Angrezi Medium’ actor is juggling his schedule for the shoots of Kabir Khan’s ’83’, a film narrating the incredible victory of the Indian cricket team in 1983 and ‘The Kargil Girl’, a biopic of Gunjan Saxena and Mimi.

3. Randeep Hooda
Netflix’s ‘Extraction’ is extracting a lot of Indian talents. Randeep Hooda, too, is making his international debut with the Chris Hemsworth starrer, ‘Extraction’. The talented actor expressed his excitement on Twitter, “20 years after I thought I’ll make a showreel to work over there. It finally happened. So grateful to most amazing crew and cast. It is a dose of Extra Action and emotion,” the actor tweeted. 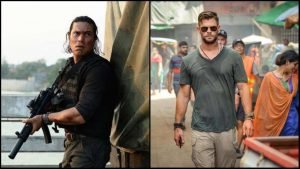 4. Manoj Bajpai
Padma Shri actor Manoj Bajpai who has been a part of spectacular Indian films such as ‘Gangs of Wasseypur – Part 1’, ‘Special 26’, ‘Raajneet’, among many others has joined the cast of the Netflix film, ‘Extraction’, to make his international debut. With many Indian talents onboard alongside Chris Hemsworth in the Netflix film, all eyes are definitely on the release of ‘Extraction’.

5. Suniel Shetty
Bollywood actor Suniel Shetty finally makes his international debut after his 25-year long career in the Indian cinema. The actor has joined the cast of the Hollywood film ‘Call Centre’, in which he plays the role of a Sikh cop. The movie ‘Call Centre’ is directed by the American-Chinese filmmaker, Jeffery Chin. The film is inspired by a real-life incident when an Indian police officer busted a multimillion-dollar call center scam. Suniel Shetty plays the lead role in the movie, which was shot in Hyderabad over the past six months. 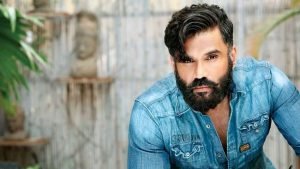 6. Dimple Kapadia
Dimple Kapadia who made her film debut at the age of 16 seems to be an unstoppable mode. Dimple has been part of iconic Indian films such as ‘Dil Chahta Hai’, ‘Hum Tum Pe Marte Hain’, and ‘Manzil Manzil’ among many others. Dimple Kapadia will be seen in Christopher Nolan’s next film titled ‘Tenet’. The film was extensively shot in Mumbai amongst other places. Christopher Nolan’s film also stars John David Washington, Robert Pattinson, Elizabeth Debicki, Michael Caine, and Kenneth Branagh. Dimple is undoubtedly making a tremendous international debut.

7. Hrithik Roshan
The Krrish actor Hrithik Roshan has reportedly signed a Hollywood film with the US-based Gersh Agency. Hrithik is also said to be reading a lot of scripts to sign the right project. If all goes well, the actor might be doing a string of Hollywood films over the years.