Don’t let the lockdown drown you in boredom. To all the gaming enthusiasts, we bring you our five favourite picks from PlayStation 4 that are sure to make you spend your time indoors in a fun way. If you are new to PlayStation and the whole wide world of gaming, be warned that you are going to get addicted to the most enjoyable gaming picks from the PlayStation 4.

The lockdown has made everyone stay inside their houses to contain the spread of the novel coronavirus. If you are experiencing boredom or thinking of a fun way to spend your time during the lockdown, worry no more. We bring to you some of the best PS4 Console games to keep you occupied during the lockdown. PlayStation 4 is a widely popular gaming console that opens the doors to the most amazing and entertaining world of gaming. Go ahead and read our favourite picks to keep you engaged, safe, and stay indoors during the nationwide lockdown.

1. Uncharted 4: A Thief’s End
The Uncharted 4: A Thief’s End is one of the most popular and widely played PlayStation 4 console games, and it tops our picks too. The action-adventure game is the fourth entry to the previous three Uncharted series. Uncharted 4: A Thief’s End follows the trail of the previous series in finding a lost treasure. This version of Uncharted is played from a third-person perspective and includes platform elements. Take a ride through exotic locations and scenic backdrops in the search for clues that lead you to find the lost treasure of Henry Avery. The game lets you solve puzzles, fight against enemies that come your way, and also lets you use firearms. Make the most out of your alone time by playing Uncharted 4, one of the most loved PS4 games. Don’t worry if you are new to the gaming world, Uncharted 4 would let you get the hang of the game in no time. You could even add up to ten players in the online multiplayer mode. Is there a better way to have fun during the lockdown? We don’t think otherwise. 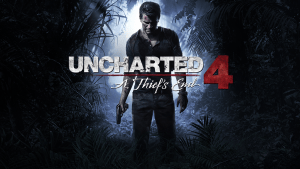 2. Assassin’s Creed Odyssey
If you like role plays, mythological genre, and fantasy games, then you would love Assassin’s Creed Odyssey. This PlayStation 4 game is set on a mythological history of the Peloponnesian War between Athens and Sparta. Unlike the previous games in the series, Assassin’s Creed Odyssey gives more room to role-playing. The player (you) is a descendant of the Spartan King Leonidas I. The game also allows you to choose the main characters in the game-run. The player takes up the role of an assassin to take down on enemies and various targets to restore their broken family. The game also has a skill tree that lets you unlock new abilities and weapons. The game is set in 431 BC and takes you are nail-biting ride through mighty fights with enemies, unearthing artifacts, and fighting monsters from the Atlantean times. Assassin’s Creed Odyssey is also available in Microsoft Windows.

3. God of War
God of War is a flagship PlayStation action-adventure game that is played by millions of gaming enthusiasts. The God of War franchise has eight games across various platforms. God of War is a mythological game that lets you play the role of Kratos, a Greek God. God of War has seven one-player games and one multiplayer game. The various series within the franchise lets you play from a third-person person, 2-D side-scrolling view, from a first-camera, and an over-the-shoulder free camera. Apart from playing the role of Kratos, you could also switch to the character of Atreus, the son of Kratos. 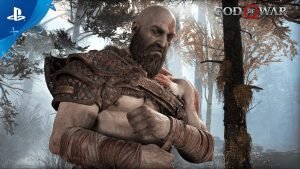 4. Until Dawn
For the horror lovers, there can’t be a better game in the horror genre other than Until Dawn. Until Dawn is an interactive horror-genre survival game in which the player decides the game flow. The game features a butter effect that prompts the player to make choices that may change the game flow. The player assumes the role of eight adults whose lives are threatened at the Blackwood Mountain. This third-person perspective game lets the player make choices that may either kill the characters and help them survive. The eerie backdrops and the haunting screenplay is sure to make Until Dawn, your favourite horror game of all-time. 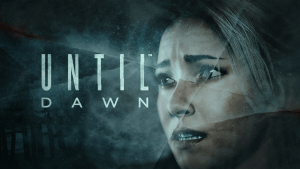 5. The Last of Us
The Last of Us is an action-adventure game in which the player (you) control the character of Joel, who is a smuggler. Joel’s task is to safely escort Ellie, a teenage girl, across the post-apocalyptic United States. Fight the hostile humans and cannibalistic creatures that come in Joel’s way, to escort Ellie safely. This action-packed game will leave you to play from the edge of your seat. You could also add up to eight players and play with your friends in the online multiplayer mode. 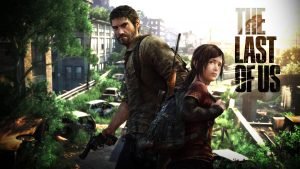