Hotstar is one of the most-watched e-streaming platforms in India. Here, you can see the movies and several series, which will keep the entertainment level high. Recently, many series were added to the Hotstar platform, which increased the traffic by tenfold. In this article, we the share best series on Hotstar for you to watch.

You can watch several different series on this platform with this plan, starting with action series to thrillers, adventure, romance, and others. If you haven’t watched any series yet or decided the ones you will be watching in the coming time, it’s time to discover what Hotstar has stored in for you in the form of the best 2021 series.

Criminal Justice is one of the most-watched series on Hotstar where a man was convicted as a criminal when he didn’t know about the crimes he committed. The story revolves around whether a hunt seeks the truth and proves whether the man is guilty or innocent.

If you want to enjoy suspense and thriller simultaneously, you need to watch Criminal Justice at the earliest. 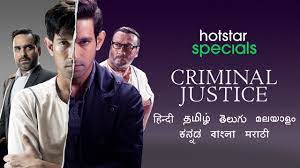 Aarya is a popular series which you can watch in both Hindi and Bengali languages. After her husband was killed, Aarya, a normal. Indian housewife was set to take revenge on her husband’s killer. But, on the other hand, with greed increasing in her family and the everyday quarrels happening between them, Aarya needs to set her priorities.

She joined a terrorist gang and adopted crime as her weapon for punishing her husband’s murderers. In this web series, you will see how life can turn a normal person bitter when one’s most beloved thing gets snatched away. And for Aarya, her husband was the most precious thing in her life. 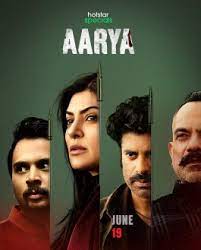 Another amazing thriller series that you can watch on Hotstar is the Special Ops. The series involves crimes, gruesome violence, and blood baths. So, be sure that you can handle the brutality of the series before watching it. Here, you will see Himmat Anand leading his team of five highly trained special operatives located in different parts of the world.

The producer and writer of the series were inspired by the several secret missions India had undertaken in the past. One of the best things about the Special Ops series is the action sequences of the lead characters. Usually, such a level of crime and adventure actions are shown in English movies or series. But to incorporate the same thoughts while maintaining the clarity of the graphics the task was pretty hard. And that’s why perhaps the series became so popular in India. 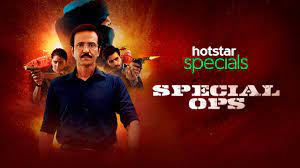 If you are looking for a thriller Hindi series, you must watch Hostages. Starring Rohit Roy and Tisca Chopra as the main leads, it revolves around a kidnapped family the day before Dr Mira Anand had to perform a marrow surgery on the chief minister when she learned about her family being kidnapped and kept as hostages.

The kidnappers kept a life or death condition in front of Mira. In a turn of saving her family, she would have to kill the Chief Minister, or else a single family member would be killed without any mercy. The show focuses on how a simple doctor had to decide between her family and her patient, both of whose lives are in her hands now. You can watch the series with the VIP package easily and enjoy the opportunity to see a thriller Hindi series published as Hotstar Originals. 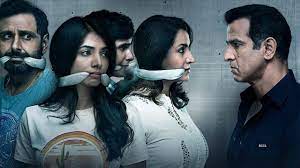 For the Big Little Lies, you will have two seasons, having 14 episodes in all. The series has been taken from a book that was written by none other than David E. Kelly. In this series, five different women coming from different backgrounds are charged with murder. In the beginning, you will see these elite mothers bragging about their kids and being the typical moms. Their life was going smoothly until a single mom came to their city to start her new life.

Since then; several mysterious events have taken place. But the murder was the request, and soon it involved the police force. The charges of murder were placed on the five mothers who probably knew nothing about it. Even though several gruesome and violent scenes in the series, it is worth watching, all thanks to the mystery and enigma, which increased as the story progressed further. 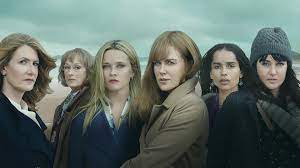 This American series is the remake version of the Israel TV show named Euphoria. It is only the characters that are changed to suit the plot. In this series, you will see how Rue, a drug addict, continued to rely on the same drugs even after getting a clean chit from rehab. Her friend circle included teenagers who have their troubles and anxieties.

For example, the character of Nate is based on anger issues as a reflection of his past. But, on the other hand, Kat is so self-conscious of her body that her mind is clouded with numerous irrational thoughts. So, the series revolves around Rue and her four friends dealing with the high school stress and their demons, be it an addiction to drugs or having no boundary in exploring one’s sexuality. Besides, the show also depicts how anxiety and overthinking can ruin a life and cloud one’s judgment. 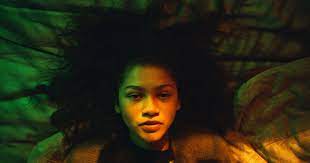 Produced by none other than Fix Entertainment, 24 focuses on the life of a counterterrorism agent named Jack Bauer. Each episode is based on a new plot as Jack continued to go against the terrorists with the sole aim of destroying and terminating them. However, with time running out of Jack’s hand, he needed to focus on his training knowledge and field experience to make strategies for completing the missions.

Every episode depicts a new mission, be it assassinating someone or stopping a nuclear war. The thrill of the series is mainly the result of the racing clock that Jack has to complete his missions and save people and the world from the clutches of terrorist threats and activities. 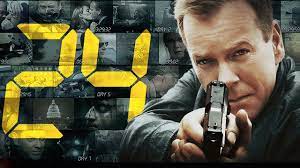 A group of left-out people is the main cast of the series. As the series progresses, you will find how these left-out small communities survive on their own, scared to get out of their hidden places and discover the devastated world. In addition, several scenes also portray how those people supported each other and offered love and adoration to others. 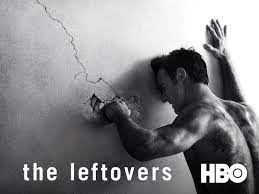 One of the best series on Hotstar is Chernobyl. Set in the historical era, the mini-series focuses on the hidden facts of the Chernobyl explosion and brings out the truth. Here, the pilot episode shows scientists and experts visiting the Chernobyl power plant and the nearby human settlements destroyed due to the nuclear explosion. Here, several true events have been depicted, like how the disaster happened in the first place.

The episode also delineates the efforts of the firefighters who tried to extinguish the fire and got killed in the process due to the traditions. Thus, even though only five episodes are there in the entire series, the content is enough to educate the viewers about the Chernobyl explosion and the hidden truth behind the catastrophic disaster. 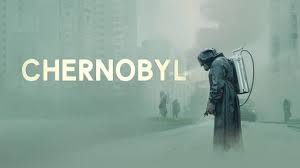 If you are excited to watch a sci-fi series, the Westworld is the best choice. The series portrayed a future full of robots and depicted a clear message: science is best for innovation and discoveries but not as God. In this American TV series, you will find humans making robots to perform all human tasks through automation.

But due to a virus, the robots started malfunctioning and went on a killing spree. According to the story plot, it’s clear how a robotic world can be a blessing for the human race as well as doom. Three seasons have been released so far, with the third season focusing on the real-time world. 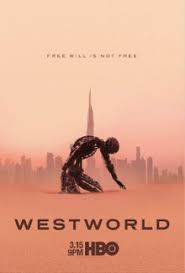 We have listed down the best series on Hotstar for you to watch (both Hindi and English). Some of these series can be managed with a VIP profile, while others are accessible only by a Premium account. However, regardless of what subscription package you choose, these are the top 10 series that you should watch on Hotstar.