Even though Hotstar was initially an e-streaming platform for the daily TV shows cast on the Star group of channels, now the platform has become the beacon of entertainment. So if you are a movie lover and want to see some of the best hindi movies on hotstar.

You will get free movies and require no subscription, along with the ones which need either the Premium or the VIP subscription allowance. So if you are a movie freak, get the Hotstar subscription right away and start adding the newest Hindi movies to your bucket list.

And if you are not good with the task, do not get worried. In the below article, we have presented a long list of Hindi movies that you can watch on Hotstar in 2021.

Based on the Hollywood movie Fault in our Stars, this movie gained popularity on Hotstar. It showed a sacrificing life story between Kizzie and Manny, who fell in love while doing a movie for Kizzie’s friend. Later on, Kizze went to meet her favorite singer, Abhimanyu, in Paris with Manny. According to the movie plot, it was shown that Kizzie had terminal cancer and was going through several treatments. Even when she was cured, Kizzie was extremely weak, and somehow she isolated herself from Manny.

But when they reconnected again, their cute love story came to life. However, Manny, a fun-loving character, was suffering from a disease, and he knew that his days were numbered. he didn’t let the thought stop him from loving Kizzie. The movie ending saw how a boy, who was on the brink of death, inspired and encouraged a girl whose disease could be treated. 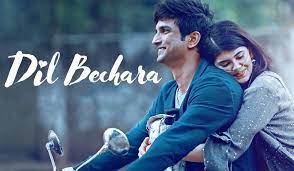 Chhichhore is a classic Hindi movie that you can see on Hotstar. However, the movie’s beginning showed Anirudh and Maya fighting over how irresponsible Anni was in looking after their son, Raghav. However, when the doctor informed that Raghav’s mental condition was deteriorating, Anirudh decided to tell the story of his college days to make his son believe that being a loser doesn’t mean the end of life.

The college days were set in 1992, where the flashbacks showed how Anirudh met Maya, and they fell in love together. Despite studying in one of the prestigious colleges, they were known to be the losers because they weren’t intelligent. And yet, Anni, along with Maya and their common friends’ group of losers, overcame every hurdle together, and they were popularly known as the “Chhichhore ” in the college. 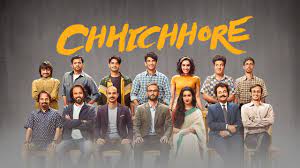 Drishyam is a Bollywood remake of the Tamil movie where Ajay Devgan and Tabu play the main characters and other side characters. The movie is showcased as a flashback where Vijay (Ajay Devgan) thought about how chaotic their life was a few months back when his daughter, Anju, was blackmailed by Sameer, son of Meera (Tabu), for sexual favors with a video. During a fight between Anju and Sameer, she accidentally killed him by striking his head hard with a pipe. Not knowing what to do, Vijay buried the body in their backyard and instructed his daughters to remain silent about everything that happened.

Later on, when Meera realized that her son was missing, she started investigating. Her investigation led her to Vijay and his family, but there was no solid proof against them. Even though she was the Inspector General of the Goan police department, it was becoming difficult for her to track down her son or know whether any crime has been committed or not. The film ends ++-with showing that the ground on which Vijay buried Sameer’s body was the same one where the current police station was. 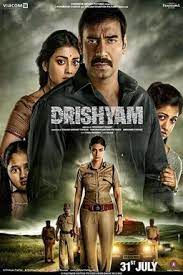 Pink is a movie that challenges the stereotypic thinking of the Indian society that if a girl wears short clothes or goes to a club and returns home later after having a couple of drinks, she is labelled as a prostitute. In this movie, three independent girls- Minal, Falak, and Andrea were blackmailed and charged by a group of three friends whom they had met at a bar. There were scenes of rapes, molestation, sexual assault, and blackmails throughout the movie. When the case moved to the court, Prashant Mehra, the opposing lawyer, presented every single piece of proof against the three girls, proving that they were guilty of several crimes.

However, Deepak, played by Amitabh Bacchan, sheds light on the true story. In the end, he criticized the entire Indian society by saying a girl can go anywhere or return home any time without anyone’s judgment. Having a couple of drinks with men or wearing short dresses doesn’t label her as a prostitute. Also, it doesn’t mean that she is provoking others. The movie ended with Deepak saying that when a girl says no, it means it’s a NO. 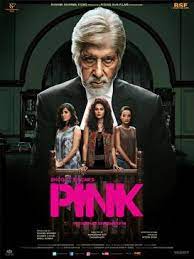 Baby is one of the most amazing movies that you should see on Hotstar. It is based on the last mission, which was assigned to the special task force led by Feroz Ali Khan (Akshay Kumar). He and his team were given the task of rescuing a special agent captured by a terrorist gang in Turkey. Throughout the movie, there are several action sequences which you are going to love the most.

Be it the prison escape sequence or the Shabana capturing Wasim Sheikh, the stunts and actions make the movie super popular in the Bollywood industry. In addition, the movie also showcases patriotism and how the soldiers and army personnel can risk their lives to save each other and protect the nation against any threat, both national and international. 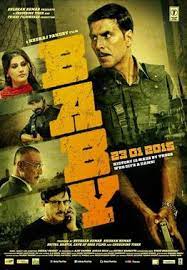 Badhai Ho focuses on a typical Indian family with Ayushman Khurrana acting the role of Nakul Kaushik and Sanya Malhotra playing the character of Renee. The movie starts with their parents getting intimate physically one day, and then Priyamvada ends up getting pregnant. Their sons were so embarrassed that they ended up ignoring their parents. Even the close family members, the neighbours, and the friend circles criticized Priyamvada and her husband for getting pregnant at such an age.

However, as time progressed, everyone slowly came to love the child growing inside Priyamvada, and they realized that there is no age limit to become a parent. After all, parenthood is a blissful feeling that everyone should enjoy, no matter how many times or age. 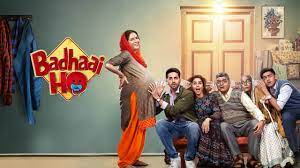 The latest release of Hrithik Roshan, Super 30, has become a blockbuster hit, thanks to the wonderful plot and the efforts the director and producer put into the movie to make it look like a sci-fi. This movie showed how Anand Kumar, played by Hrithik, gathered 30 children of varying ages who love to learn and have curiosity in science. They wanted to learn and become educated, but their poverty became a hurdle. Anand then decided to train them, harness their talent, and then create something innovative that will leave the world completely amazed. 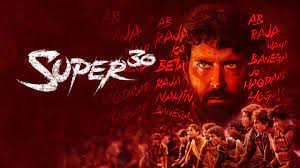 This is one of the best horror movies that the Bollywood industry has seen to date. Starring Rajkumar Rao and Shraddha Kapoor, the story focuses on the old legends of a village named Chanderi. The elders in the village believe that there is a super evil power named Stree who stalks men and kidnaps them at night, only leaving their clothes behind. That’s the reason why everyone in the village has portrayed their distaste for Stree. However, as the movie progresses, you will find that Stree saved the village and the people living there. It was due to her good intentions and actions that compelled the villagers to build Stree’s statue with a phrase written below: O Stree, protect us”. 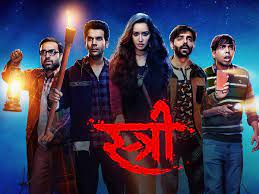 Mission Mangal is a movie based on true events that involved making plans to build a satellite sent to Mars from the Indian Space Research Organization. Akshay Kumar led the mission, which was named Mission Mangal, despite knowing that they won’t launch the satellite or construct it as Nasa had done. However, Vidya Balan and Sonakshi Sharma encouraged him to plan and make India proud of their recent venture. The movie ended by showing that the Mangalayan was launched successfully, and it even reached Mars without any error. 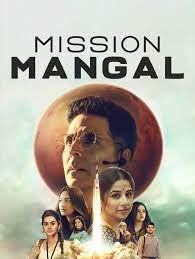 Neerja is a biopic played by Sonam Kapoor, who was an air hostess. She returned home to celebrate Diwali, and the same night, she had to get on another flight. However, she didn’t know that the flight had several passengers who were a part of a terrorist organization. They hijacked the plane and demanded their leader to be released. Neerja managed to save every passenger on the flight, including the kids but at the cost of her life. After she was shot, Neerja didn’t let the bullet falter her determination in saving the kids, who were the only passengers left on the plane. 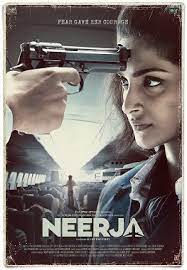 In this article, we have talked about the best Bollywood movies which you can watch on Hotstar. Each of these movies is perfect in its way, and hence, you will enjoy seeing them. So, make some popcorn for the movie night and enjoy these stories with your family or friends.