Grandeur and Bollywood go hand in hand. Be it their dreamy homes or fancy lifestyle, we’ve always thought of them as living a life full of luxe and royalty. In fact, there are a few Bollywood actors who had tasted royalty and class even before entering into this industry. Thanks to their kingly legacies! Yup, you read it right. Bollywood didn’t fail to charm the royal blood, hence, the latter made its way to the industry and now are big names. Want to know who these stars are? Tag along!

Hailing from the renowned Pataudi clan, Saif Ali Khan, the Chhote Nawaab of Bollywood, is the son of late Mansoor Ali Khan Pataudi who was the last Nawab of the clan and also the former captain of the Indian cricket team. The Indian government abolished this title in 1971 and since then the title of Nawab has been lovingly and informally passed to Saif. Paparazzi has often spotted him with his wife Kareena and son Taimur visiting the Pataudi palace for spending some quality time. But it was never this fancy and easy. After the legend, Mansoor Ali Khan’s demise the palace was leased out to Neemrana group of hotels who later asked him to buy the Palace for a huge sum of money. And that’s exactly what the Nawaab did. He bought back his family’s possession with his hard-earned Bollywood money. Today, valued at 800 crores, the Pataudi Palace is considered prime property.

The daughters of very popular Indian actress Moon Moon Sen, Riya, and Raima Sen have a long list of royal lineage. Their classiness and royalty surely back their charm and beauty. They were born as the grand-daughters of Ila Devi, their paternal grandmother, who was the daughter of Baroda’s King Sayajirao Gaekwad III and the princess of Cooch, Behar. Ila Devi was married to the Maharaja of Tripura and her younger sister Gayatri Devi was the Maharani of Jaipur. These were the highlighted women from Sen’s ancestral royalty. It seems the actresses were steeped in class and elegance since her birth.

The actress who won millions of hearts with the debut in “Maine Pyaar Kiya” opposite Salman Khan, Bhagyashree in real-life enjoys high birth. Belonging to the royal family of Patwardhan’s, Sangli in Maharashtra, she is the daughter of the Raja of Sangli, Vijay Singhrao Madhavrao Patwardhan. Hence, it confirms why her eyes have always been full of regality.

Eternally beautiful and graceful to no extent, Aditi Rao Hydari is surely an epitome of royalty. Her regal aura and poise are enough to make you believe that she hails from a Royal family. She is the grand-niece of former Governor of Assam, Muhammad Saleh Akbar Hydari and great grand-daughter of Akbar Hydari. Not only this, but she’s lucky enough to be a part of two influential as well as royal clans, the second being Wanaparthy clan of rulers as she is also the grand-daughter of Raja J Rameshwar Rao. Too much, your highness, I must say! Who knew Mehrunissa from ‘Padmavat’ could be the real bearer of royal lineages?

The Chak De girl, Sagrika Ghatge’s fame not only rests in her Bollywood debut opposite King Khan but also in the fact that she descendant of Shahu Maharaj of Kolhapur. Daughter of Vijaysingh Ghatge, she draws down the blood of Kholapur’s one of the most powerful and royal Kahal family. Not many people know that even her husband Zaheer Khan, who is a former Indian cricketer, enjoys royal linkages. Quite a starry life, isn’t it? 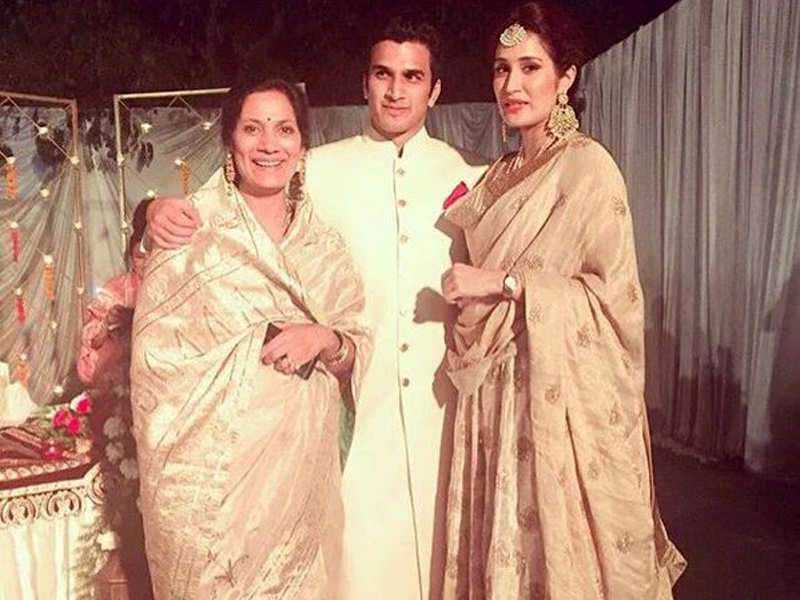 A prolific filmmaker, Kiran Rao is yet another royal descendant of Wanaparthy family of Telangana. Her first cousin, Aditi Rao Hydari also rules the hearts of millions of Bollywood fans. Wife of the perfectionist, Aamir Khan, she believes in living a minimal lifestyle. Kiran Rao, the grand-daughter of Raja of Wanaparthy, is truly an example of beauty with brains.

The Angrezi Medium actor, Irrfan Khan is a precious gem that Bollywood has been preserving for years. Just like his achievements, his lineage is illustrious too. He was born in the Tonk village, Jaipur as Sahabzade Irfan Ali Khan. His father had been a wealthy zamindar in Jaipur and his mother, the descendant of the Tonk Hakim family. hence, justifying his family’s royal connections.

Bollywood’s starlet, Alisa Khan, who made her debut in the film “My Husband’s Wife”, finds her roots in the royal family of Mohammad Nawab Ghaziauddin Khan. Also known as Wazir Ghazi-ud-din, he founded the city of Ghaziabad, hence the city is named after him.

So these were some royal chimes of Bollywood. The enigma of this Silverscreen is so much that even the Royalties couldn’t stop themselves from becoming a part of it!