Locke And Key Review: A Complete Binge-Worthy Series That Can Surpass The Popularity Of Stranger Things

Apparently, Locke and Key look like a combination of different Netflix original series, including The Haunted of Hill House, Stranger Things, and even Riverdale. Still, when you begin to watch this ten-part series, you get to realize it is quite different from the said names. 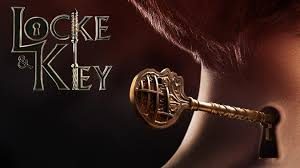 Even though the series starts like another beloved series (A Series of Unfortunate events) but soon it turns out to be quite exciting and binge-worthy.

The series begins with a family comprising of three children and a mom moving to the freezing state of Massachusetts from Washington, like several different young adult series and movies. But soon, we find that the father was murdered by the fellow classmate of Tyler, who is the oldest among the children. After the incident, they are living their former lives behind and moving to Rendell Locke’s, which is the father’s ancestral home, the Locke house. Right after they enter the house, several strange and magical things keep happening to them. The series revolves around the mystery of the Locke house and what connection does it has to them. 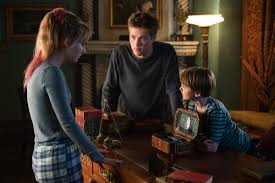 Now, the premise of the series may sound childish, but it is quite interesting if you start watching the episodes one after another. It is so binge-worthy that it is quite difficult to stop watching the series after one or two episodes. In India, Stranger things got immensely popular, but Locke and Key have the capability to be a cultural phenomenon. The series is quite suspenseful as well, and the twists revealed at the end of the last two episodes are quite palpating. 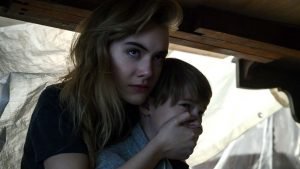 If you are planning to watch this show with your young child, you can if your child is older than 14 years of age as the series depicts some obscene language and some intimate scenes. The acting in the series seems a little off in the first two episodes, but as the series progresses, the characters start to form shapes and be comfortable in their skins.

In certain times, the series can seem a bit confusing if you do not follow it from start to finish. For example, throughout the series, the three siblings find out several keys. Each of the keys performs an individual magical element in their lives. If you do not concentrate on those, you might get lost in the following episodes. Some of the characters in the series make questionable choices that can be excused as they are supposed to be teenagers. But the adults are pretty clueless in the series as well.

The series is adapted from the graphic novel that has been written by Joe Hill (son of acclaimed horror writer Stephen King) and Gabriel Rodriguez. As the series was quite popular, it is no surprise that Netflix jumped off the cliff to make a series out of it. Director Michael Morris successfully made the show not be boring and to not give the audience much time to think. The coherent story-telling is a bonus to the magical plot of this series. Among the child actors, Emilia Jones, who played the middle child or Kinsey, is the best among the three. She brought the character to life quite well. Others were not that fantastic at acting. Maybe in the second season, they would improve on their acting.