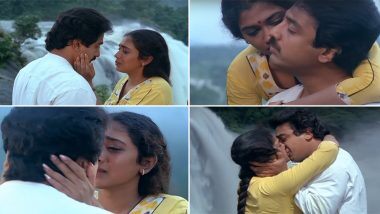 Tamil actress Rekha reveals a shocking statement from her 1986 Tamil film Punnagai Mannan. The news on the filmmaker Balachander and the actor in lead role about an uninformed kiss in the movie have shocked audiences on social media. In an exclusive interview in Cinema Vikatan, where she talks about the unplanned kiss in an essential part of the film has been viral on social media.

Rekha talks about the unplanned kiss in the film 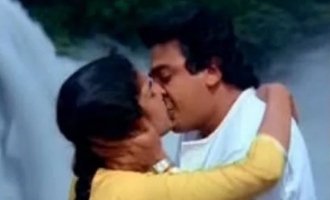 In the film, just before the two central characters commit suicide, the lead actor had to kiss Rekha. Rekha spilled beans on that particular scene. She told that director Balachander did not take her consent while planning the scene. She was not aware of any such kiss. Kamal kissed the veteran actor without her permission while the scene was shot. Rekha was tensed, thinking what would be her father’s reaction to seeing this scene. While her director told in his defense that it was a very regular shot. Only love and strong bonding in the pair has been projected. There’s no sign of vulgarity in the scene.

The actress was in shock for a few days. However, the scene was not accepted lightly by the public. Though Rekha was relaxed after re-thinking a lot about the incident, the people took it in the form of sexual harassment.

Sangeeth tweeted after the clip went viral. In the tweet, it was clear that this is complete sexual harassment at the work station. The worst case is that it was planned between Balachander and Kamal. It would have been in the headlines if the same thing took place in Hollywood. The tweet ended in a sarcastic tone addressing both of them as ‘saaaaar.’