The new film Malang by prominent filmmaker Mohit Suri has received a lot of love from the audience, as the movie reached 28 Crores earnings by the 4th day in the Box Office. The film Malang consists of Aditya Roy Kapur and Disha Patani as the main characters and the story is like a mixture of thriller and romance. The sweet yet serious chemistry between this new pair has stirred up the audience by a lot. The film initially started at just Rs.6.5 Crores. With the film getting hit, an additional income of Rs. 4 Crore has been recorded.

This is the first time on the silver screen where Aditya Roy Kapur is being paired opposite Disha Patani. The movie has exceeded the expectations, as per most critics, and this has brought the recent success. As per the reports on last Monday, the drop was recorded at 40 per cent only, considering the genre this film belongs in. Throughout the country, Malang was released in almost 2700 screens. The rate in which its popularity is growing, the film is expected to hit the Rs. 40 Crore mark by the middle of its second week in the run. 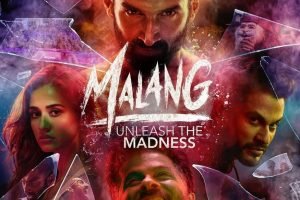 Experiences While Shooting The Movie Get Revealed

ETimes conducted an exclusive interview with the film’s heroine Disha Patani. She was candid about her shooting experiences with co-actor Aditya Roy Kapur for the first time, and how the shooting of the underwater scenes went. She said that there was a day allotted for training, and the experience was tiring. The shooting experience underwater with an oxygen mask amidst the dark water was hard, and they spent over 10 hours shooting.

The water was Pitch black, and visibility was reduced drastically. All these made the underwater shooting experience a little harder and tiring. Another movie ‘Shikara: The Untold Story Of Kashmiri Pandits’, by Vidhu Vinod Chopra also released alongside Malang, and it is also doing well. This film has reached the Rs.5 Crore mark, and has earned over Rs.45 lakhs in this time frame.