The nationwide lockdown severely hits daily wage workers across industries in India following the novel coronavirus outbreak. The central and the state governments in India are trying to provide the daily wage workers with everyday essentials. Still, days are only getting tougher with the increase in confirmed COVID-19 cases every day.

As more celebrities come forward to lend a helping hand to India in fighting this battle, Bollywood megastar Salman Khan steps forward to help the daily wage workers in the Bollywood film industry. The President of the Federation of Western Indian Cine Employees (FWICE), BN Tiwari on Wednesday said that Salman Khan had contributed a payment of Rs 3,000 to every daily wage worker in the Hindi film industry. 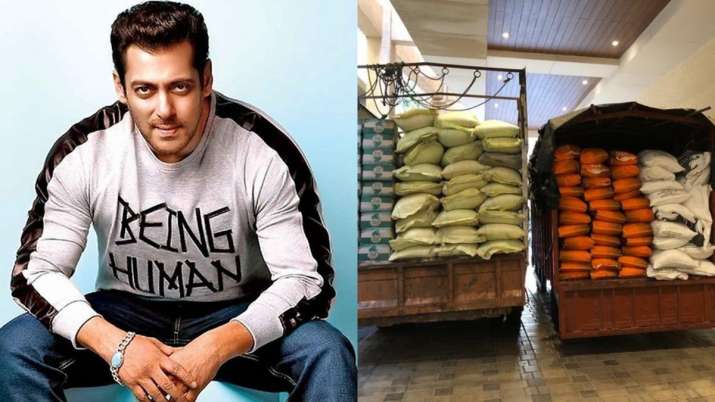 In a statement given to the Press Trust of India (PTI), BN Tiwari said that: “We had given him (Salman Khan) the final list of 23,000 workers so far, who were in dire need of financial help. He is going to transfer money in installments as he doesn’t want people to misuse it. He transferred about Rs 3,000 to every worker yesterday, and he will transfer money again after some time. We are thankful to him for helping our workers.” This comes shortly after Salman Khan pledged to do whatever it takes financially to support the daily wage workers of Bollywood during the 21 days lockdown period in the country.

A recent update on Salman’s pledge to save the daily wage workers of Bollywood by close sources added that the actor would continue to support the workers financially until the state of normalcy returns in the country. “We have started the process on Tuesday. We will give sufficient money to workers monthly; we will also give money next month, and if the situation is still the same, we will continue to financially help the workers till it doesn’t return to normalcy,” the statement read.

Salman Khan is not the only actor to engage in this deed. Yash Raj Films are also involved in helping close to 3,000 workers with a financial aid of rupees 5,000. Amitabh Bachchan provides ration coupons to film workers across Chennai, Kolkata, Hyderabad, and Bangalore, besides Mumbai. BN Tiwari stated that “Besides Salman, a lot of people from Bollywood have come forward to help the workers, including Ajay Devgn and Rohit Shetty, who have given Rs 51 lakh each. Boney Kapoor and Arjun Kapoor, too, have given money, and there are few more who have offered financial assistance to the federation. We also received Rs 1.5 crore from the Producers Guild of India on Tuesday.”

FWICE is now making a new list of daily wage workers, who have not yet been covered by financial aids by film stars so far.