Netflix has become one of the most famous streaming sites in India. With their new mobile subscription plan of INR 200 per month, people now prefer to watch movies and web series on this platform instead of other e-streaming applications. In addition, Netflix India has a wonderful collection of movies belonging to different categories like Family Movies, Thriller movies, etc.

However, recently, Netflix India has added many action-based movies in their collections, keeping the excitement high amongst the viewers. If you still haven’t explored the action movie collection on Netflix, it’s time to see what the e-streaming platform has stored for you. We have compiled a list of best action movies on Netflix India.

In this below section, look out for action movies that have been released on Netflix in 2021.

The Death Race movie focused on how Jensen Ames, a prisoner and sent to Terminal Island, had to race against some big competitors to win his freedom. It was the rule of Terminal Island where the inmates need to race against each other in cars on a deadly track. And whoever the winner will be, they will gain freedom and will be released from prison. But as said, it’s a Death Race, and there are going to be some serious action sequences that will blow your mind. 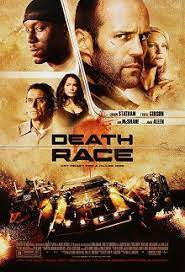 Set in the 1960s, three trained army personnel- Napoleon Solo from C.I.A., Gaby Teller, and Illya Kuryakin from K.G.B. need to cooperate despite their differences to prevent the private criminal organization from stealing Gaby’s father’s research papers and build their nuclear bomb. The movie focuses on how these three people overcame all the challenges and fought against the enemies to prevent the criminal organization from unleashing nuclear destruction worldwide.

The movie starts with a lovely family picture where the queen of the Atlantis underwater kingdom lived her life happily with her husband and kid. But due to an emergency, she had to return to her kingdom, leaving her baby boy with his father. Arthur Curry, played by Jason Momoa, didn’t know his origin’s truth as he grew up. But when the time came, he had to travel underwater to save the kingdom from the clutches of his wretched brother, Orm. Arthur, being the rightful heir to the throne of the Atlantis kingdom, has to fight against the odds to reclaim his rule over water and the creatures living underneath the surface. 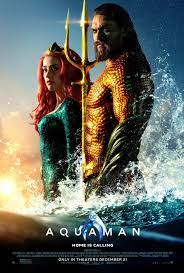 Even though the movie is based on fantasy, you cannot ignore the series of actions throughout. Four main characters who have been blessed with superpowers have to race against time and protect humanity from an old immortal who wants to bring destruction and catastrophe to Earth. The story revolves around how these four individuals with special powers evolve as Guardians of humanity and fight against their enemy to save the Earth and the human species. 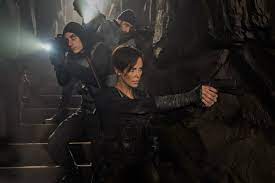 Extraction has been on the top 10 list of movies being watched on Netflix India for weeks. The main star of the movie, Chris Hemsworth, was sent to Bangladesh to rescue a kid of a V.I.P. As his assistant, a woman was also sent along with Chris Hemsworth to rescue the child without any problem. But when both landed in Bangladesh, they knew that they had just walked into a warzone where extracting the kid would be a deadly mission. And yet Chris Hemsworthtook the risk, fought against the enemies, and saved the child in the end. Extraction is an R-rated movie due to the extraordinary level of violence and graphics. But it is worth watching the movie on Netflix. 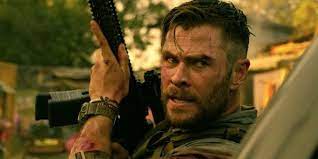 Released in 2021, the Army of the Dead is one of the most-watched movies in the action category on Netflix. According to the movie plot, a group of mercenaries hired by the casino king, Blu Tanaka, will enter the city of Las Vegas, which is filled with zombies or the army of the dead. Their main task is to retrieve the 200 million dollars wealth from the casino safe of Tanaka before the zombies could kill them, or worse, the nuclear blast planned by the U.S. government.

To contain the infection and exterminate all the zombies, the U.S. government blew the walled Vegas city with nukes within the next 96 hours. And the mercenary team has to race against time to extract the money and safely return without getting killed or infected. 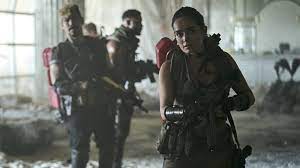 Enola Holmes can’t be directed as a complete action-packed movie. But the plot and the ending certainly involved some amazing actions. The movie revolved around a teenage Enola Holmes, Sherlock, and Mycroft who was trained to face any dire situation, be it kidnapping or sudden attacks. Her wittiness and intelligence made the character unique, thereby making the movie one of the biggest hits on Netflix. 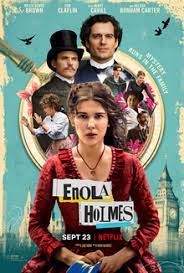 While he was on his mission, Roger fell for a normal girl working as a local nurse. A romance was brewing between them when suddenly, his girl was kidnapped, and he was given two choices- either to surrender himself or to watch the love of his life die without any mercy. 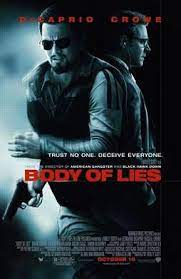 The beginning and end of the plot of this movie are pretty different. But the storyline and the actions involved in the movie are mind-blowing. First, Dylan O’Brien went to extra lengths to play an assassin character who wanted nothing but revenge against the gang that killed his girlfriend. Then, amid all these mayhems, he came into the notice of the C.I.A.

Then, he was hired to be a trained undercover assassin for a mission against a single rogue soldier whose main aim was to make a nuclear blast that would destroy the entire 7th Fleet. But Mitch single-handedly fought against the rogue soldier and saved the 7th Fleet from getting destroyed by the catastrophic nuclear explosion. 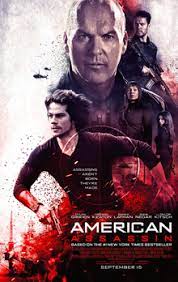 The movie’s beginning focuses on how happy John Wick was with his beloved wife until the day she was killed. Before she died, she left a precious possession for John as her parting gift, which Iosef Tarasov wanted, the prince of the Russian gang. When Tarasov, along with his inner circle members, paid a visit to John to steal the possession, the ex-hitman was compelled to take on his role once again.

John Wick went on a secret mission undercover, with the sole aim of vengeance against the Russian mob group. His main aim was to crumble the organization from within, starting with taking out Viggo Tarasov, the leader of the Russian gang.

Even though The Equalizer is an R-rated movie, you won’t be able to move your eyes from the screen during the entire movie duration. The movie’s main character, Robert McCall, retired from his secret spy position and went into hiding to lead a quaint and peaceful life. He was tired from all the killings and assassinations he did in the past. However, Robert couldn’t stop himself from saving a helpless girl from the clutches of the Ultra-Violet Russian gang.

As the movie progresses, you will stumble upon extreme tortures, blood baths, and some amazing action sequences. The movie is not just about taking vengeance against one of the dangerous gangs in the world. Instead, The Equalizer also focuses on how an ex-secret spy resumed his role again to save a helpless teenage girl who couldn’t save herself. 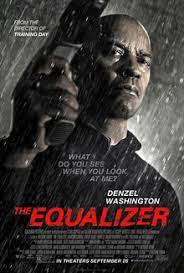 Lastly, Mission Impossible Fallout was added to the action movie list in 2021. The sixth instalment of the series showed some of the most beautiful actions which weren’t there in the earlier five instalments. For example, Tom Cruise, a.k.a Ethan Hunt jumping from one building to the other or chasing Walker in a helicopter are some of the most exciting actions that you can see in this movie. In addition, the chemistry brewing between Ilsa Faust and Ethan Hunt was at its peak even though Ethan came face to face with his ex-wife towards the end. The movie ended with the C.I.A. chief handing over Solomon Lane to British Intelligence MI6 via a broker. 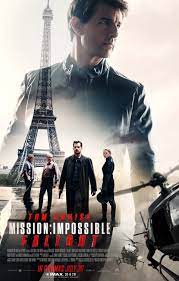 Now that you know about the top action-packed movies on Netflix 2021, it’s time to make a schedule for watching these movies. We are certain that these movies will keep you on your toes throughout the entire movie duration. So, do not forget to watch any of these movies once you get the Netflix subscription.