It’s already five years of the movie, which gave several tight slaps to the stereotypic minds. It starts with the heroine Bhumi Pednekar who chose to add 30kgs in her first film lead role. The overweight bride weds Prem (Ayushmann Khurana), and then the days of disappointments start for the groom. Sandhya fell for the insensitive man, but irrespective of failed experiments to win him, he was adamant about choosing her superficial appearance than her love. Before, the cassette owner called off their marriage; they participate in a race, where both of them won in the game and love as well.

We all thought Prem would be relieved when Sandhya headed for her hometown, but he goes to bring her back in his scooter. In the background, the melody Moh Moh Ke Dhaage starts to hum.

The Hidden Poem in the Shop

The digit world can never replace the feelings attached to a handwritten love letter. Prem could not go beyond his body-shaming sense for her, but Sandhya was head over heels for him. She kept the old school love letter (poem) among his cassettes.

When She looks at Him

We all know the ‘Opposites Attract’ law, and the one-sided lover Sandhya can attest to that. She looked at him, knowing that she’s not ‘Juhi Chawla’; she doesn’t justify Prem’s definition of a partner. But he only married her because of his need for financial stability. How cruel it is to fall in love with someone who despises her! 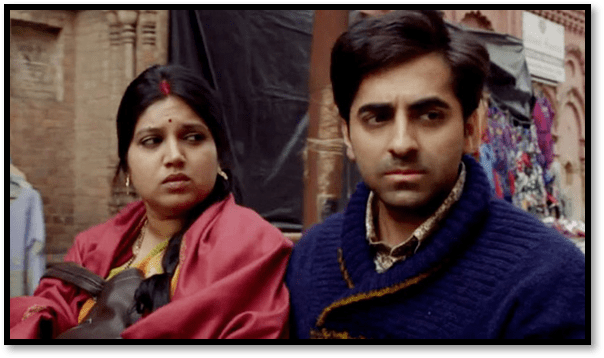 Their marriage was in the perfect sail to divorce. Amidst it, their family asked the couple to participate where the husband carries his wife to the end line. Just like breaking the stereotyping, the heaviest bride and her husband tore the ribbon and celebrated the win with a kiss. 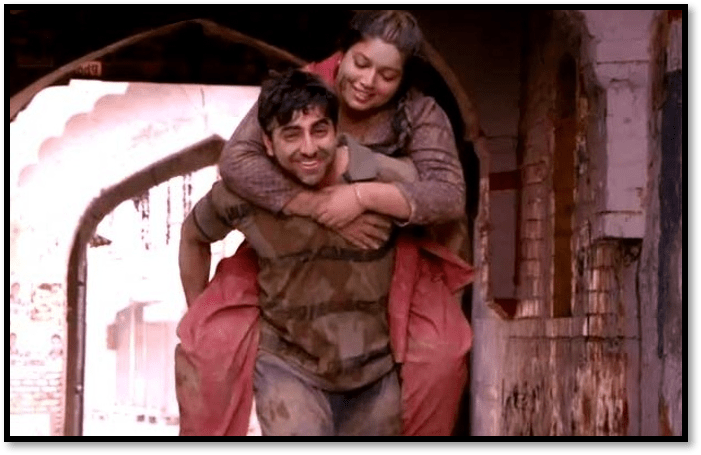