It is only when one enters the illegal underworlds of the movies that one acknowledges the gangster genre’s effect on the average moviegoer. These movies are innovative introspections into the mind, rugged, punctuated with rough talk, and as normal representations of the savagery inherent in the conscious soul. These projects have become target points of interest for directors ranging from Martin Scorsese to Ram Gopal Verma, as everyone enjoys a good underdog tale. We observe the actors as they live lives of strength, lives that we all wish we could experience. We may refer to their rise and fall in the same way.

Take a glance at our list of the top 10 Indian gangster movies of all time.

All Mumbai mafia chives, according to conventional thinking, should end with a Ganesh incorporation, a day in the life of this town. In other words, a spiritual counterpart to Calcutta’s Durga Puja. However, Ashim Ahluwalia’s true-life Daddy, like its storytelling system, subverts this hypothesis. A smart plot flourishes with a hint of documentary and news clips realism is the multi-perspective prism that captures the many dimensions of Arun Gawli.

However, the man is unclear himself. We still don’t completely comprehend his motives. Perhaps why the stone-faced Arjun Rampal, a crossover between brooding isolation and ‘what the hell is going on in his mind, is he stoned?’ fits as the leading man. The film follows Gawli’s journey from rags to riches, as well as the ways in which people like him influenced Mumbai’s politics and social framework.

It was praised as a “potential pivotal moment in Hindi cinema” by The Guardian. That is right. Few movies in recent years have created as much excitement as the Gangs of Wasseypur double bill, with Manoj Bajpayee as Sardar Khan involved in a political battle with Ramadhir Singh (Tigmanshu Dhulia) in Dhanbad, Jharkhand, and Faizal Khan as the rising star. With the emergence of the Khans, this notable epic transports us into the depths of dynastic brutality, while the coal mafia in the background keeps the engines of wealth, greed, gold, and revenge well-fueled.

As the action jumps back and forth, the need for vengeance and increasing desperation drives the aggression straight to the family property, a la The Godfather. On this large canvas, Kashyap strives to homage all great American establishments, including Sergio Leone, Francis Ford Coppola, Martin Scorsese, and Quentin Tarantino, while infusing it with extensive knowledge of Bollywood as seen through the eyes of a director with small-town origins. The pioneering music of Sneha Khanwalkar enhances Kashyap’s vision. Protagonists who talk big and act tough do as well. 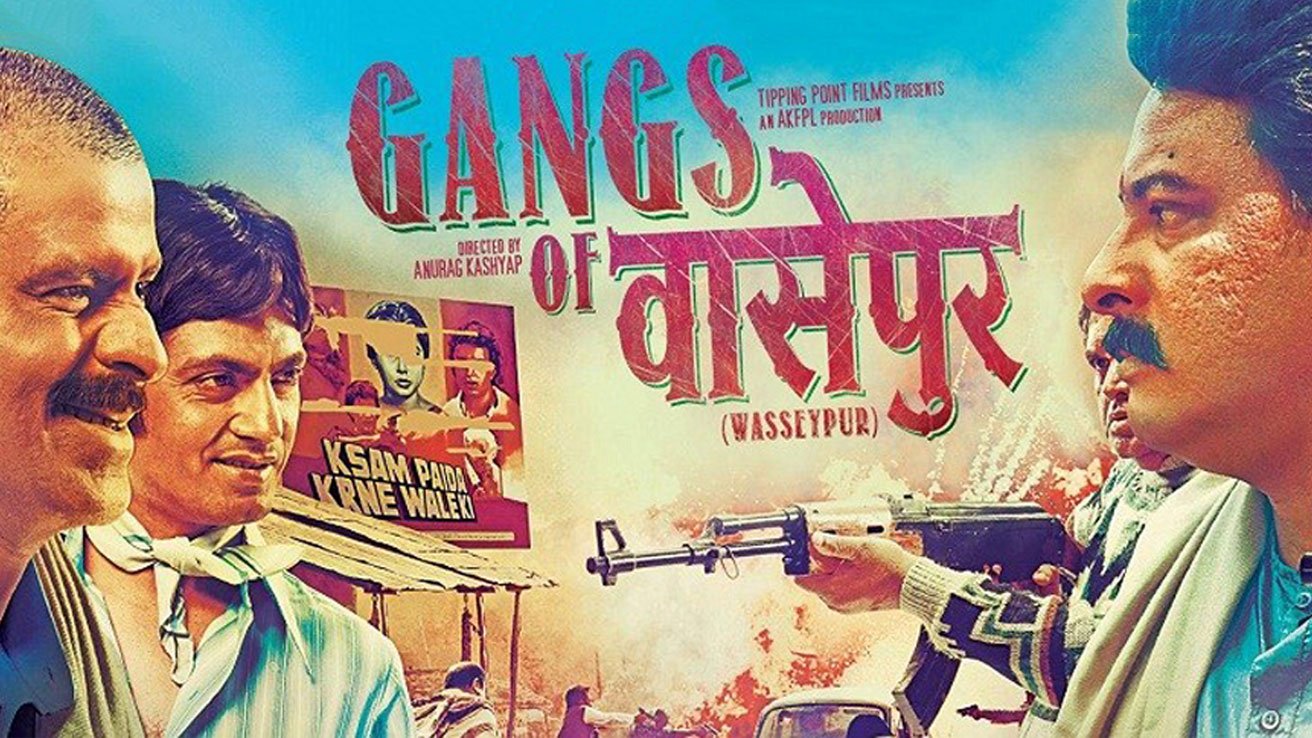 The majority of mob movies are set in Mumbai. Under that continuum, there are Muslim and Marathi mobsters, just as the classic Hollywood mafia boss epics have a Sicilian or Irish flavour. Vaastav, directed by Mahesh Manjrekar and probably based on Chhota Rajan, is a remembrance of how pretty and unique Sanjay Dutt was in the character of a gangster. Sanjay Dutt is a go-to for gemstone mafiosi thanks to his off-screen profile, his association with the Bombay blast case, his custody of an AK-56, his interacting with the underworld, and an overwhelming behaviour of a tough guy.

Raju Hirani would reflect on this part of Dutt’s character years later, portraying him as the lovable Munnabhai. Raghu, played by Sanjay Dutt, is a bloodthirsty go-getter whose tremendous growth from being a noteworthy vada pav stall owner to dreaded underworld leader is both incredible and tragic. From James Cagney’s mommy obsession in White Heat to Shah Rukh Khan’s “ammi jaan kehti thi” twist in Raees, what is it about mobsters and their moms? Raghu’s mother pushes the button on her missing, psychotic son, granting him the much-needed moksha. 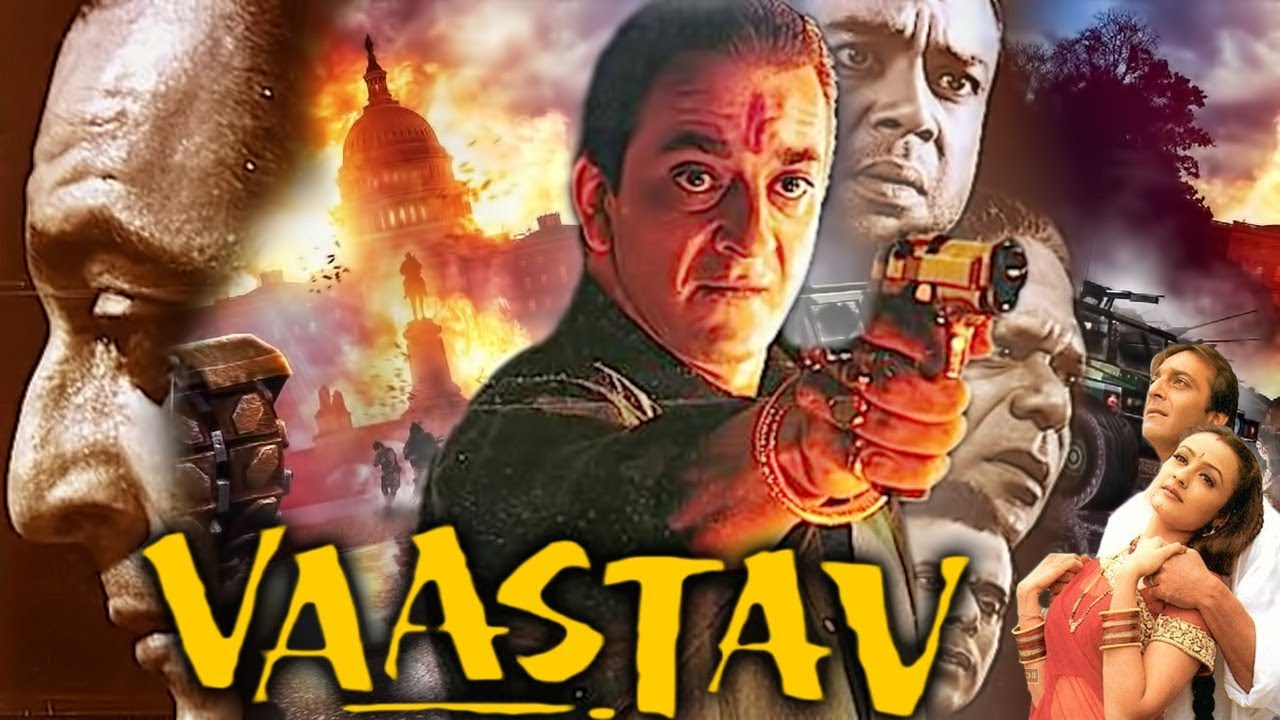 The strong words of the superstar’s poetic father, Harivansh Rai Bachchan, illuminate Agneepath, a magnificent late-career, award-winning success by Amitabh Bachchan. For The Godfather, Marlon Brando set the standard by changing his accent. Bachchan does something equally unimaginable in this scene. This was a hero who was characterised by his clarinet. When Indian people hear Big B’s voice, they know it’s him. But for Agneepath, Bachchan used a growly voice tone instead of his familiar voice, and nobody seemed to notice.

The film blows off Scarface with delight, being breathlessly elegant and thoroughly entertaining with a slew of memorable lines to its account. As Bachchan’s Vijay Dinanath Chauhan focuses on the dreaded Kancha Cheena in the popular finale amongst arson and devastation, vengeance has never tasted nicer than in this Mukul Anand cult. As Bachchan dies in his mother’s arms, one can’t imagine a more fitting conclusion to not only the film but also to Bachchan’s career.

Don is the epic sensation movie that Shah Rukh Khan tried to restrain with both the Farhan Akhtar-helmed version and Rahul Dholakia’s Raees, but couldn’t suit Amitabh Bachchan’s original theatrics. After its glory days in the 1970s, this is the type of film that eventually stopped being made. Don, orchestrated by the one-time genius Chandra Barot, is more illusion than fact, but the Salim-Javed production is every bit as delightful in the best Hindi cinema rituals.

The film explores two perspectives, including a double-angle for the price of one for viewers at the time. When the authentic Don is assassinated, the cops take advantage of the opportunity to introduce their mole, Vijay, in an influential criminal network in order to apprehend the enigmatic mastermind Vardhan. The film’s memorable lines, chart-topping songs and, above all, a suave Amitabh Bachchan at the helm are all highlights.

Raees is a genuine star vehicle designed to cast Shah Rukh Khan in a character that is sure to knock the front-benchers off their feet. Rahul Dholakia’s kohl-eyed Raees, a flashback to 1970s masala pop stars, thrives in Gujarat’s Censorship, using his “baniye ka dimaag” and “miyan bhai ki daring” to rocket to the peak of the fraud heap.

However, danger looms in the context of cop Majumdar (Nawazuddin Siddiqui), who is on his tail. Nawaz, who has been loving his mainstream prominence with the Khans after years of embarrassment, gets the best lines, which he speaks as lip-smackingly as in an Anurag Kashyap mystery. SRK, on the other hand, towers over Raees, handling this one exclusively for the audience. Is he successful? Khan is much too smooth to be a hooligan, but it’s his charm on screen that renders Raees so watchable — even amusing.

Switching Macbeth to mobland Mumbai, Vishal Bhardwaj takes the storyline and strong characters from Shakespeare’s play and unrolls them like pawn corner kicks, with each player being more greedy and deadlier than the last. Pankaj Kapur’s squinty walk and throaty, paan-inflected voice create a thrillingly unforgettable performance. Even a fine actor like Kapur can’t stop the traces of Brando and The Godfather. The scene in which Abbaji (Kapur as a feared Mumbai don) sheds his composure is worthy of a master acting lesson.

He holds the throat of one scheming legislator, not to murder him, but to push paan down his neck. Irrfan Khan plays the title role, a misfit whose sole purpose in life is to please Abbaji. The crime boss Pandit (Puri) loves to spout incoherent declarations about Mia Maqbool and his doomed takeover of Abbaji’s domain along with the aged man’s woman while laying out the star sign. Investigator Pandit and Maqbool predict that in another six months, the person born with “rajyog” will not only have Cinema at his feet but all of Mumbai. Pandit firmly anoints himself “King of Kings.”

Satya catches the many underlying principles of the Bombay underworld with deftness, telling a thrilling storey with undertones of black comedy. The film is based on the life of an unarmed victim who is wrongly accused of a crime he did not admit. It was written by Anurag Kashyap and Saurabh Shukla and guided by Ram Gopal Verma. The film follows him through the pivotal moment that propels him into a criminal lifestyle.

It was a huge critical and commercial success, and it was a pivotal moment in the lives of many actors, including Manoj Bajpayee, Saurabh Shukla and Anurag Kashyap. It’s an outsider rebellion of the oddest kind that takes root when Bhiku Mhatre executes the ever-iconic statement “Mumbai ka king kaun?” The movie was truly a mosaic of talents, with excellent lyrics by Gulzar and magnificent music by Vishal Bhardwaj and Sandeep Chowta. While Verma claims that the film’s success was due to chance, this is obviously not the case.

Hope you’ll enjoy watching these movies. If you do, do not forget to tell us in the comments below!